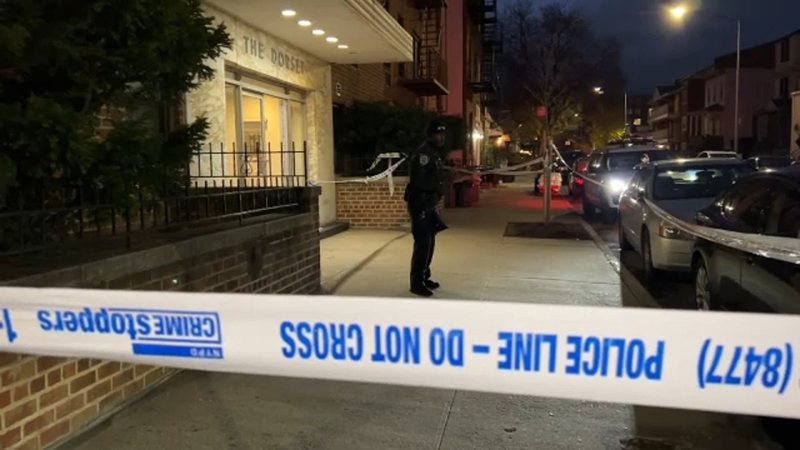 BAY RIDGE, Brooklyn (WABC) -- A man was fatally stabbed in the lobby of an apartment building in Bay Ridge, Brooklyn.

Police were called to the Dorset building on 99th Street and Third Avenue, where the man had been stabbed multiple times in the chest and stomach.

He was rushed to the hospital where he was pronounced dead.

Police have not released his identity, and it is not known if he lived in the building.

So far, police have made no arrests.