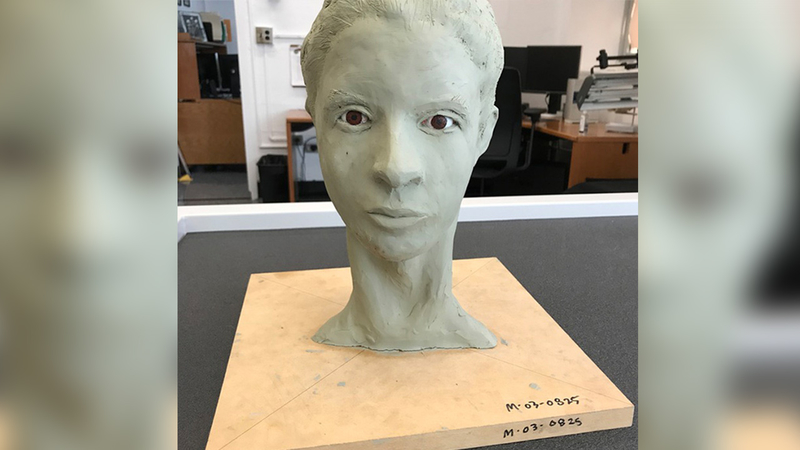 Police reports indicate the young woman dubbed "Midtown Jane Doe" was found wrapped in a rug and buried in a cement box in an apartment complex basement at 301 W 46th Street.

Detective Robert Hahn said contractors made the discovery in February 2003 while working on a basement storage expansion.

"One of them hit the cement slab, it cracked off and he discovered some material. I believe it was the rug the body was wrapped in," Hahn said. "He started pulling on it and a skeleton started coming out. That is when he discovered there was a body in there."

Hahn admits police have no idea who Jane Doe is.

The victim was found with the remains of a bra, pantyhose, and a ring with the initials PMcG.

Hahn said detectives compared those initials to every possible matching missing person report in the country and came up empty handed.

"The people that resided in the building at the time were interviewed and had no involvement in the case as far as we could determine," Hahn said. "They had no knowledge of the body."

"Information we have was that there were a lot of transients at the time that used that building for drugs or prostitution," Hahn said.

Hahn said the stretch of Hell's Kitchen where Jane Doe was discovered was "much seedier than it is now."

"Somebody, somewhere was looking for her," Hahn said.

A sculpture carved with help from the New York Academy of Art depicts what the victim likely looked like.

Chemical signatures from water found in the hair, teeth and bones, have also allowed forensic pathologists to identify the regions where Jane Doe likely lived throughout her life.

"So basically anything we are ingesting in terms of water, will lead an isotopic signature in the bones, hair, and teeth," said Forensic Anthropologist Angela Soler.

"The good thing about this is it can tell us where we don't need to look," Soler said. "And that is what we are using to try to narrow down that needle in a haystack."

Maps based on the isotopic analysis strongly favor the likelihood that Jane Doe was from the Midwest Detective Hahn said.

"A lot of girls came from the Midwest and moved to New York thinking they were going to make it big or get away from circumstances at home but that is not what happened," Hahn said.

Hahn added that Jane Doe was found a near a section of Midtown dubbed the "Minnesota Strip" where young girls from the Midwest often ended up after running into trouble.

It's still a bit of a long shot for Detective Hahn, but he's hopeful this new material will help him crack the case that's stuck with him for years.

"It would be horrible if I had to sit there every day for years and years wondering what had happened to a member of my family and not knowing anything," Hahn said.

Anyone with information about this case and who this girl may be can Crime Stoppers for an up to $2,500 reward.