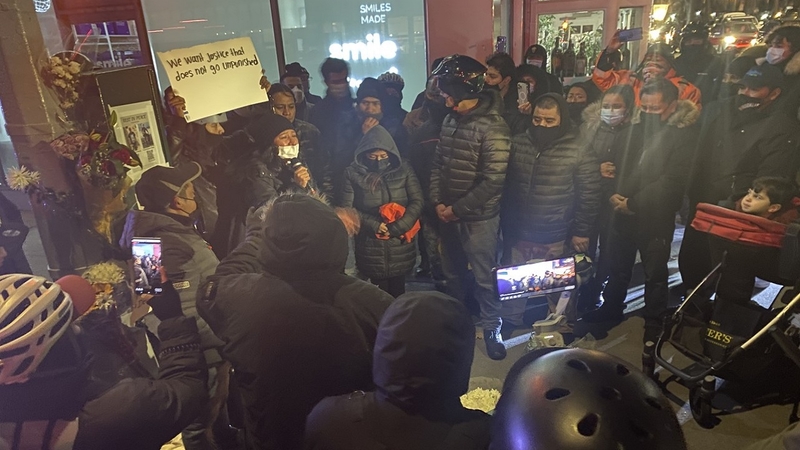 UPPER EAST SIDE, Manhattan (WABC) -- Officials are calling for action after the driver of a truck lost control and jumped a curb, killing a pedestrian and cyclist on Christmas Eve.

People are remembering Taurino Rosendo Morales, and local officials are stressing the importance of road and bicycle safety.

Morales was one of two people who were fatally struck at the corner of 61st Street and 3rd Avenue on Christmas Eve.

Police say the 66-year-old driver of a Baldor Express transportation truck hit both a pedestrian and Morales, who was a delivery worker.

The truck remained on the scene, but no charges have been filed yet.

The crash has sent shockwaves through the cyclist community, and those who use the sidewalks, which in New York City are plenty, some say the box trucks block designated bike lanes when making deliveries - making it dangerous for cyclists who then have to use the street.