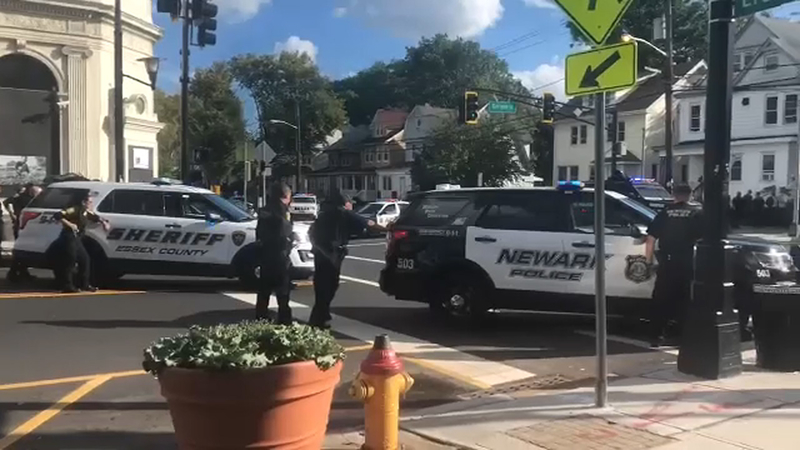 NEWARK, New Jersey (WABC) -- Authorities say one suspect was killed and another wounded in a police-involved shooting in Newark Wednesday afternoon.

The shooting happened at Lyons Avenue and Bergen Street around 3:30 p.m.

Dozens of Newark police officers responded to the scene and surrounded a pickup truck. A witness tells Eyewitness News that eight to 10 shots were fired.

James Shaw was driving an SUV, stopped at a light, when undercover officers surrounded the pickup which was right behind him.

When the gunfire ended, one of the suspects was wounded in the street while the other was motionless in the truck.

For hours, police waited him out, calling to him to surrender. But by the time a police robot smashed the passenger side window to take a look inside, he was dead.

Sources tell Eyewitness News the suspects were the subject of an undercover gun investigation. Family members identified one of the men as 29-year-old Paul Braswell, who comes from a family of Newark civil servants.

One of the streets in their South Ward neighborhood is even named for a family member.

Officials have revealed few details about the operation that led to the shootout, including how many officers fired at the suspects or whether they fired back.

"To be in the midst of that situation when you're facing your death is really crazy," said Shaw. "I was praying to God man that he'd spare me."

No civilians and no polce officers were hurt. The suspect who was wounded is hospitalized and in police custody.