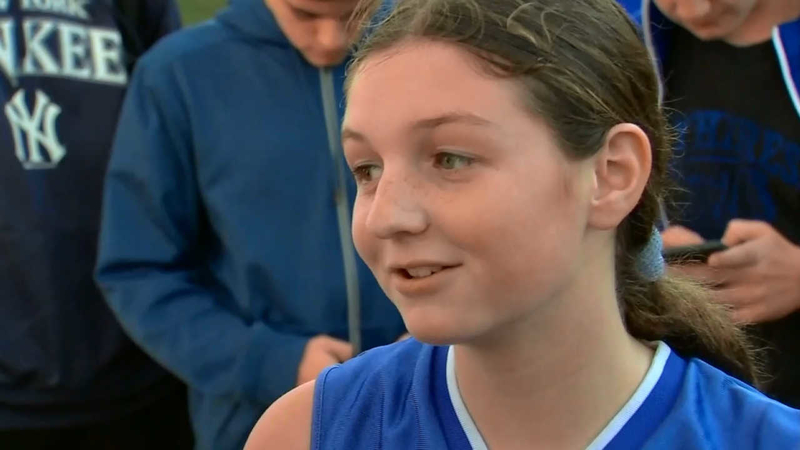 KENILWORTH, New Jersey (WABC) -- It's the moment Sydney Phillips had been waiting for - her appearance on the St. Theresa's boys' team. On Sunday, her battle was on the court - a court she is adjusting to.

Sydney Phillips on the court tonight after school tried to block her from playing on the boys team. She held her own. Story at 6 @ABC7NY pic.twitter.com/l37mo8GSrV

Phillips had to fight to even play - she originally played for the girls' team last year, but the team stopped playing, because not enough girls were interested. When Phillips wanted to play for the boys' team, she was denied. The school said in legal documents that she was barred because she filed her application late.

However, after suing, a judge ruled in Phillips' favor - bringing her to Sunday, her first game with the St. Theresa's boys' team - and she blew away some of her opponents.

For Phillips' dad, the game was just as mental as it was physical.

"I wish I could've played earlier during the season, but I still get two games," Phillips adds.

She is just one of the players who came with her own cheering section - and while her team lost on Sunday, she still won.