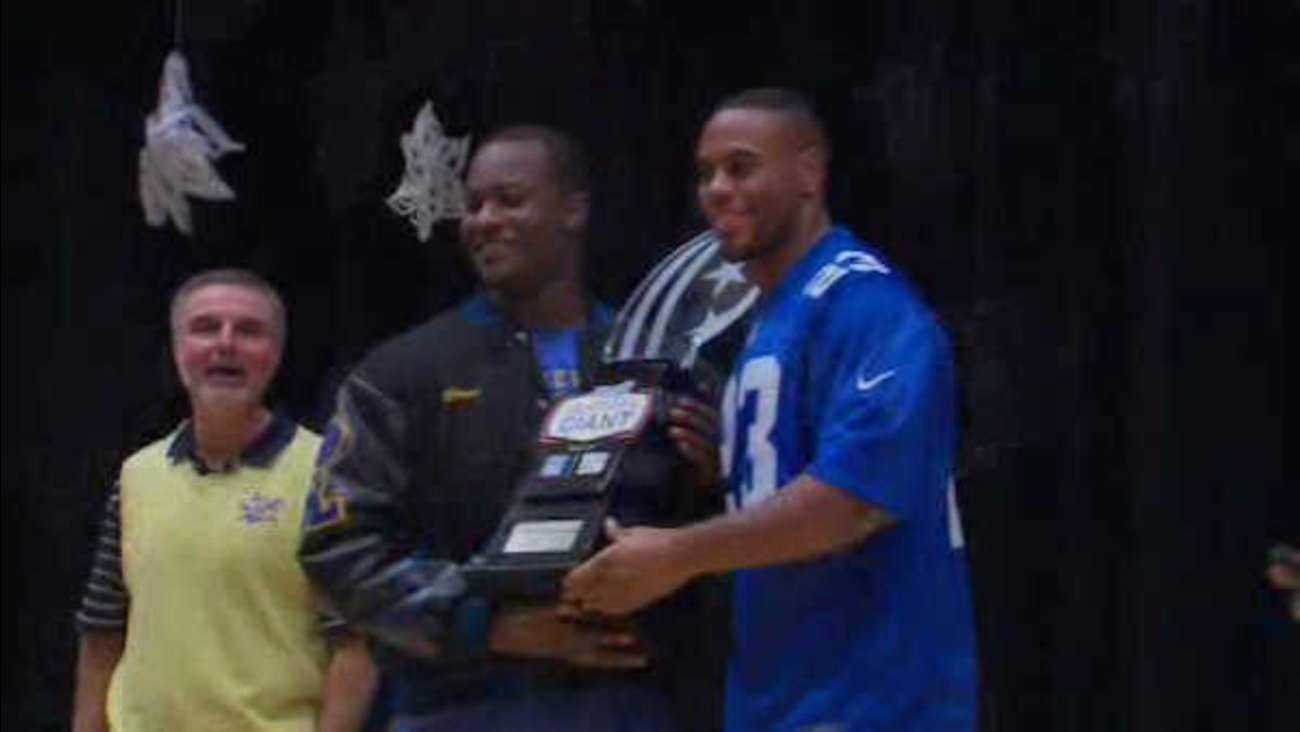 Cosby and Rashad played Cliff and Claire Huxtable on "The Cosby Show" for 12 years.

Rashad tells the web site "Showbizz 411", that has she has never seen the behavior alleged by the women who say they were drugged and raped, or sexually harassed.

"Forget these women," Rashad said. "What you're seeing is the destruction of a legacy. And I think it's orchestrated. I don't know why or who's doing it, but it's the legacy. And it's a legacy that is so important to the culture."

She also said, "Someone is determined to keep Bill Cosby off TV," alluding to people other than the women. "And it's worked. All his contracts have been cancelled."

Meanwhile, protesters shouted "shame on you" at fans arriving for Cosby's first show on stage since November in the wake of sexual allegations from more than 15 women.

Cosby's show in Kitchener is the first of three performances planned in Canada's Ontario province and come after the entertainer saw at least 10 performances get canceled on his North American tour.

At the Centre in the Square venue, more than a dozen protesters came out in sub-freezing temperatures, carrying signs saying "rape is no joke." Some shouted "you support rape" and "shame on you" at fans streaming in. A few demonstrators briefly blocked the entrance but moved aside when security asked them to.

Some fans defended Cosby as they arrived.

"I'm skeptical of all the accusations," said Gerald Reinink. "I always loved Cosby, good family humor. Why are 20 women coming out now when it's 20, 30 years ago?"

Minutes before the show was to begin, an announcer inside the venue warned disruptions were possible. On the stage, two giant photos of Cosby with Nelson Mandela flanked the chair the comedian was to sit in.

Cosby, 77, is also scheduled to appear at the Budweiser Gardens in London on Thursday and at the Hamilton Place Theatre in Hamilton on Friday.

The comedian, who starred as Dr. Cliff Huxtable on "The Cosby Show" from 1984 to 1992, earning a reputation as "America's Dad," has never been charged in connection with any of the sexual assault allegations. A 2005 lawsuit by a Pennsylvania woman was settled before it went to trial, and he is being sued by a woman who claims he molested her in 1974 and by three other women who allege they were defamed by the comedian when his representatives denied some of the allegations.

Most of the women say he drugged them before he assaulted them.