It happened just before 1 a.m. Wednesday at Rust Street and Maspeth Avenue in Maspeth, when a freight train hauling trash collided with a tractor trailer.

"When the train hit the truck I thought it would be big explosion because the fire start," said Marcim Golomka, the garbage truck driver.

Golomka was working early Wednesday morning when he rolled up on this accident.

A train and tractor trailer collided on the tracks early Wednesday morning in Maspeth, Queens.

"You can see clearly the gate was up, it was not down. The lights all signal lights they were not working," Golomka said.

You can see for yourself in the truck's dashcam video, the tractor trailer driver crosses the tracks on the left side of the screen. 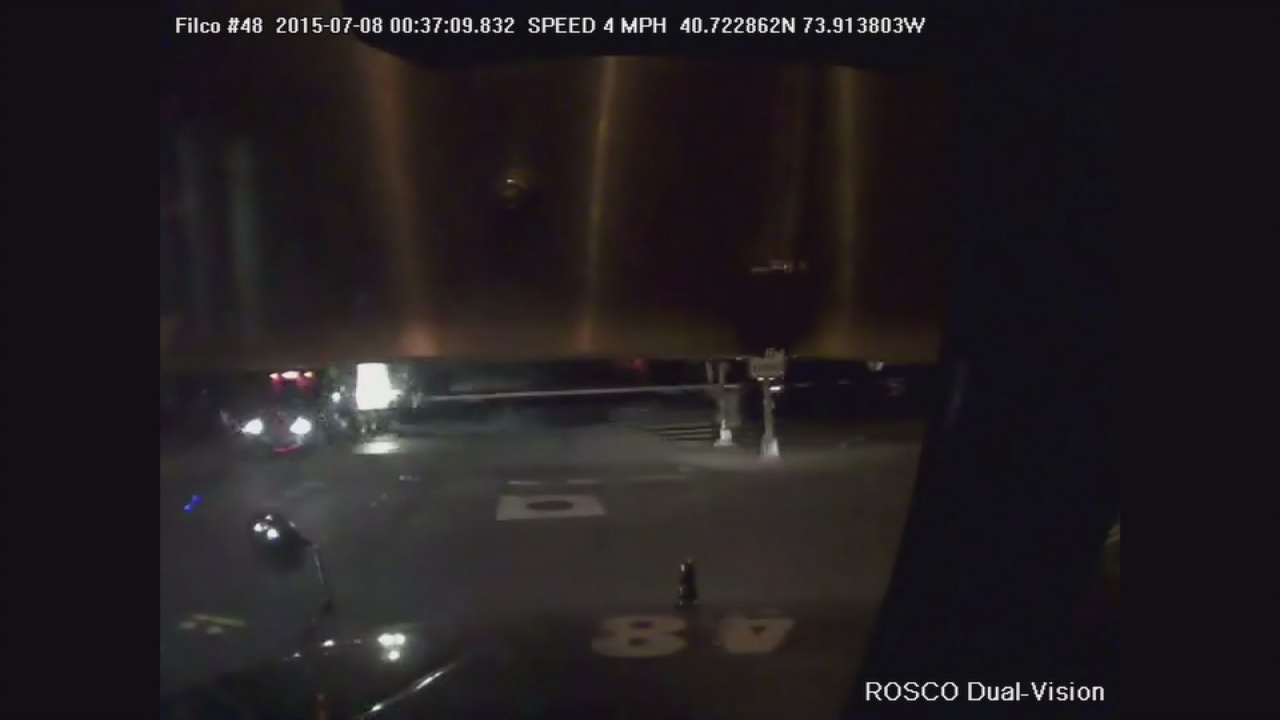 A freight train coming in from the right smashes into the 18-wheeler pushing it about 100-200 feet down the tracks.

Now take an even closer look, the gates are not down and the lights do not flash until just before impact.

"That arm never comes down normally. One guy comes down and tries to stop traffic. That arm has been a problem, never comes down. Trucks come through there all the time and that train comes through barely missing guys," said William Hunter, Teamster 707 local.

The train conductor and engineer who helped him refused medical attention.

A Federal Railroad Administration accident report shows in the last decade there have been more than a dozen accidents at this crossing at Rust Street and Maspeth Avenue.

Eyewitness News found the gates up as a train slowly rolled by late Thursday afternoon; this after crews spent hours repairing the system.

Filco Carting where Golomka works installed dash cameras in all of its trucks for driver and public safety; he wonders what would have happened without this evidence.

The tracks are maintained by New York and Atlantic Railway.