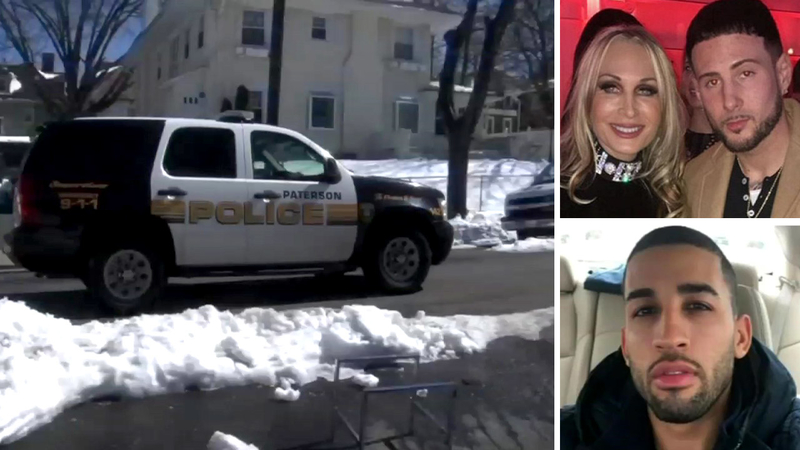 PATERSON, New Jersey (WABC) -- Police in New Jersey are looking for the person who shot two men in the head and left their bodies to burn inside a car owned by a reality TV star.

The car was found Friday morning near the intersection of East 28th Street and 14th Avenue in Paterson. The vehicle, owned by "Real Housewives of New Jersey" star Kim DePaola, was up in flames and two bodies were found inside.

Police say both victims had been shot in the back of the head. While the medical examiner has not confirmed the identities, a mother and father we talked with said they know their son is gone.

Michele Ryerson and Thurston Anderson would give the world to hear from their son Aaron Anderson right now. They last saw Aaron Thursday night after he took his friend, Chris Camiscioli, to the airport and was driving Camsicioli's car.

Camiscioli is the son of Kim DePaola, known as Kim D.

"They traced the car back to Chris' mom, and the car was in her name," Ryerson said. "They found a wire in the driver's mouth, in his jaw, and my son has a wire in his jaw."

Now, friends and family are paying their respects to Aaron and his friend, believed to be in the car with him. A memorial formed where the car was found.

This memorial is forming at the scene where the burned car was found. pic.twitter.com/63Ps8ityU2

New Jersey Housewife Kim D posted on Instagram Sunday night, saying she and her son are safe and that they are sending condolences to the victims' families.

For now, everyone who is connected is waiting for answers.

"The past few days have been rough," Anderson said. "I have my moments. When I sit back and I think about it, I just break down."