The NWS is asking residents to contact them with any reports of wind damage.
WABC 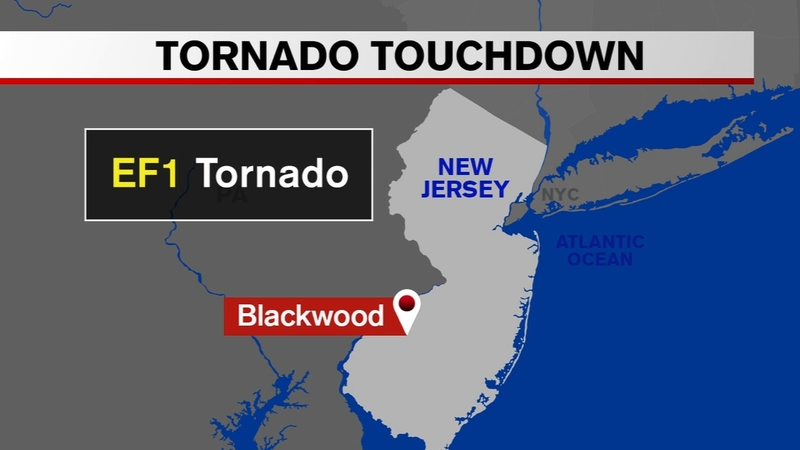 The EF1 tornado occurred around 5 a.m. in the Blackwood section of Gloucester Township, in Camden County, with estimated peak winds up to 90 mph.

Chopper 6 from sister station WPVI in Philadelphia was over Deer Park Circle in the Sicklerville section of Gloucester Township, which was another area being investigated.

Toppled trees and fallen branches could be seen scattered throughout the community.

The National Weather Service is looking for reports of any wind damage.

Gloucester Township police say several 911 calls came in from residents in the Deer Park Development reporting storm damage, including one who said a large tree had fallen over and went through the roof of their home.

In all, police say approximately five homes had some storm-related damage.

However, police say none of the homes sustained structural damage, and no residents were displaced.

Tree branch came through this couple’s roof around 5am. @6abc pic.twitter.com/z7JrcbN61U

Along with damage to the homes, trees also fell onto parked cars and into the road.

Gloucester Township Police and Atlantic City Electric were also on the scene.