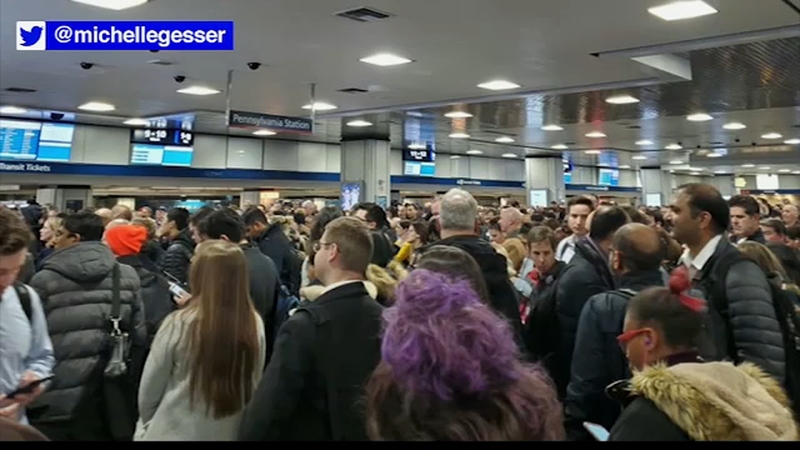 NEW YORK (WABC) -- Service is back to normal at New York's Penn Station after an outage caused rolling delays during the Monday evening rush.

Amtrak said power was lost on the tracks outside of Penn Station around 4:30 p.m.

Amtrak said power was finally restored by 9:30 p.m., but passengers were warned to expect residual delays.

There has been no word what led to the outage.

When Penn Station announces single tracking during the Manhattan rush-hour commute. Team bridge and tunnel is here for blood. Get us back to NJ!! 🙏🏻 @NJTRANSIT @NJGov #njcommute pic.twitter.com/sddbQ0wVSk