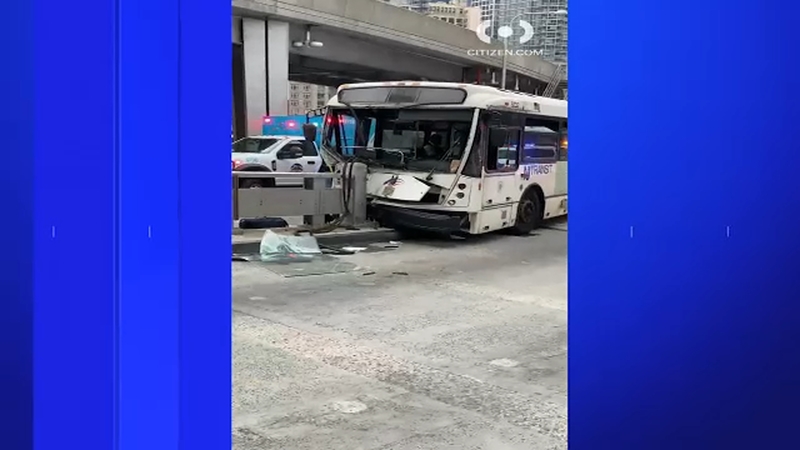 They say the bus crashed into a pole on the upper ramp as it was heading to the terminal just before 10 a.m. Saturday.

Officials say when EMS arrived on the scene, there were passengers laying on the floor around the bus while others were trapped inside the bus.

They say the bus needed to be opened up to gain access.

According to the FDNY, 11 people were taken to local hospitals and three were treated on the scene.

Conditions of the victims range from serious to stable.

It's unclear what caused the crash. It's under investigation by Port Authority.

No other vehicles were involved.