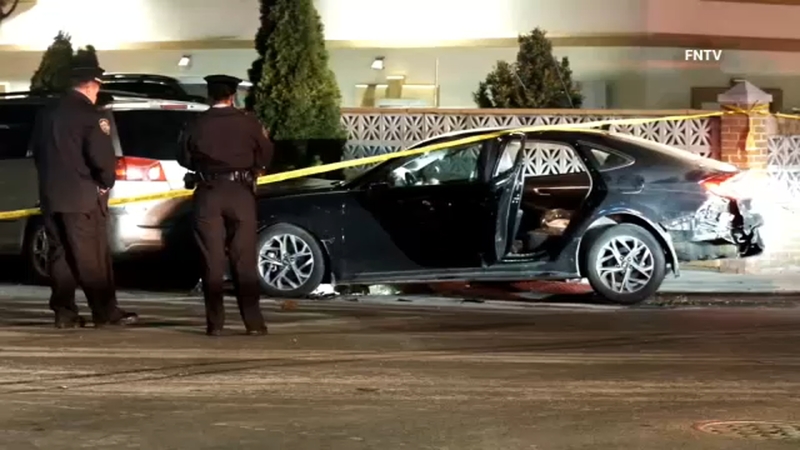 EAST NEW YORK, Brooklyn (WABC) -- Three people, including two teenagers, were injured when a gunman opened fire on the car they were sitting in early Sunday in Brooklyn.

Police said the three victims were inside a vehicle near the intersection of Dumont Avenue and Drew Street in the East New York section around 3:30 a.m.

Responding officers found a 35-year-old man with multiple gunshot wounds, a 16-year-old who had shot in the back of the head, and a 17-year-old with a graze wound to the face.

They were all taken to Brookdale hospital where the 35-year-old and 16-year-old are in critical condition.

Police are investigation and, so far, no arrests have been made.