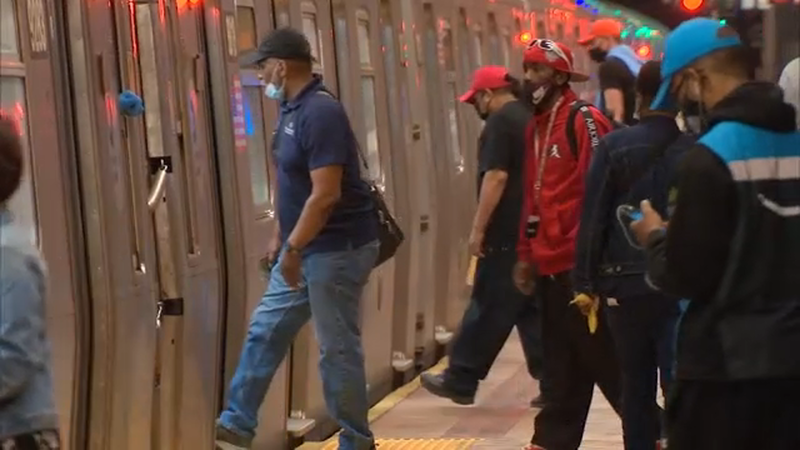 We've seen them patrolling the 4, 5, 6 line in Grand Central. But there may be less to the NYPD's presence than meets the eye.

"It's not so much COVID, it's, 'Am I going to be alive by the time I get to work, or come back home to my family?'" said subway rider Louise Stamp.

The department does not share its deployment data with the MTA. So the agency asked its own workers to log how often they actually saw uniformed officers.

The results -- obtained exclusively by Eyewitness News -- show that, on average, nearly nine out of 10 stations had no visible police presence.

Over the past 13 days, they surveyed nearly 3,000 stations. And saw uniformed officers -- either alone or in groups -- 414 times, amounting to just 14% of stations.

Last Friday saw the highest uniformed presence -- 31% of stations surveyed. And May 13 showed the lowest -- just 1% -- where they surveyed 140 stations and saw officers just twice.

Those findings essentially mirror what Eyewitness News uncovered 10 days ago, when we saw just five officers in four hours on the transit system.
Since then, NYPD commanders have added 250 officers -- on top of 3,000 previously deployed.

Rider watchdog Daglian says both the NYPD and the MTA need to do more.

The subway conductor was on duty at the time of the attack.