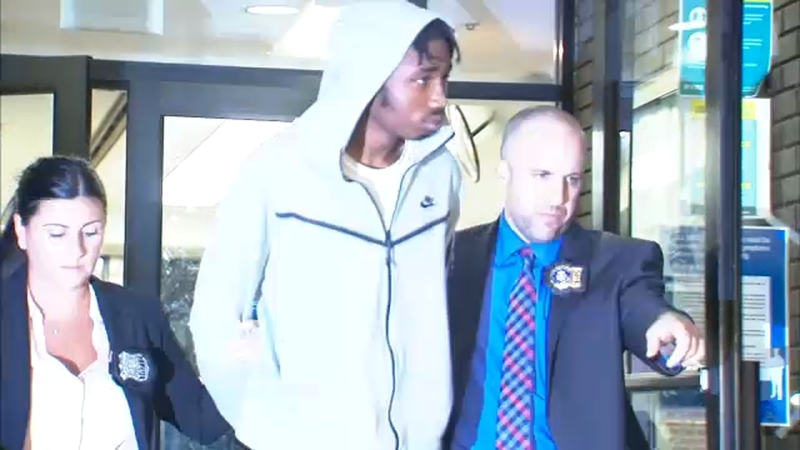 TIMES SQUARE, Manhattan (WABC) -- Police have made an arrest after shots were fired in Times Square after a fender bender between dirt bike riders and a Mercedes.

Elijah Quamina, 20, is accused of firing shots from the car during the dispute early Wednesday morning.

One of the dirt bikes appeared to have been struck by the sedan at Seventh Avenue and West 41st Street just after midnight.

A dispute ensued, and multiple shots were fired.

Quamina was out on bond after being charged with gun possession in an arrest last year.