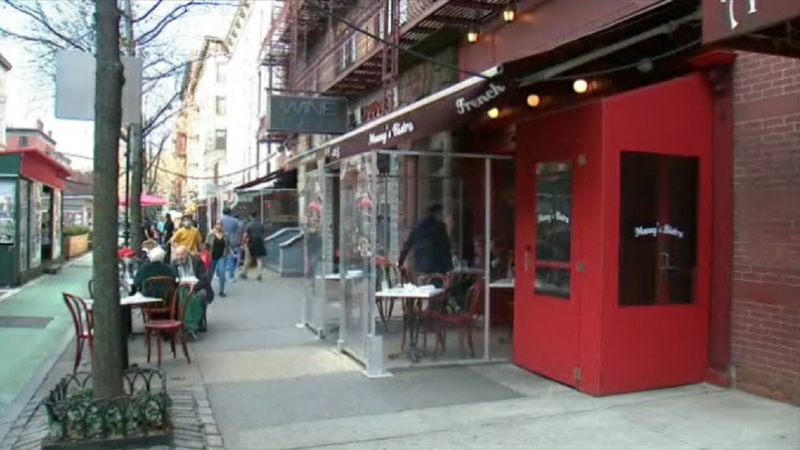 Woman in her nineties punched in head while reading restaurant menu

UPPER WEST SIDE, Manhattan (WABC) -- A woman in her nineties was randomly punched in the head while she was outside reading a restaurant menu in Manhattan.

The woman was attacked by a 35-year-old man at Manny's Bistro on 225 Columbus Ave on the Upper West Side Thursday afternoon.

"I suddenly got a terrible bang on the back of my head. I thought something had fallen on me," said the victim, who did not want to be identified.
The victim says she was standing on the sidewalk looking at the menu when man punched her -- she never even saw his face.

However, restaurant owner Manuel Colon saw the man;s face, and followed him.

"Let me follow him and call 911 at the same time, instead of getting involved myself and get myself in trouble," Colon said, "One punch right in the back of the head for no reason whatsoever -- just walking up and just decided to punch her."

Colon says he stayed a few places behind and watched as the assailant continued harassing others along Columbus Avenue. He says he was wobbly and clearly drunk.

"I was just keeping an eye on him in case he was going to grab somebody else or hurt somebody else. Then I would've intervened, but I said 'let me just watch him carefully,'" Colon added.

Enrique Loeza, 35, was charged with one count of assault.

The victim says she is feeling okay. She refused medical attention