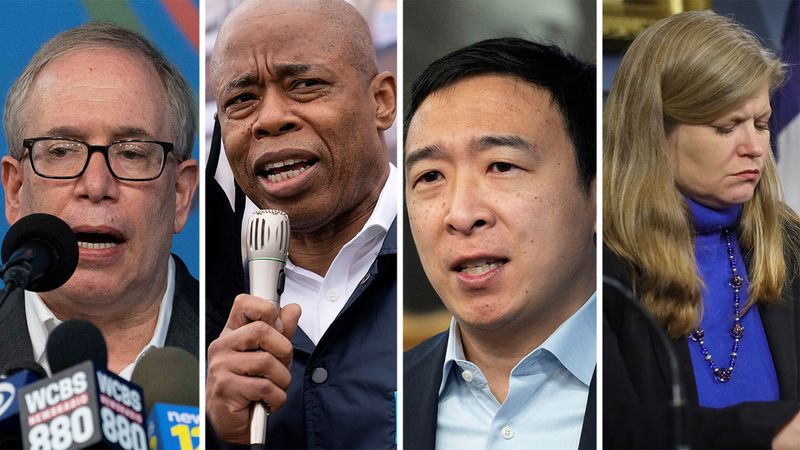 Because of the pandemic, Thursday night's debate was virtual, and the first issue came as little surprise -- crime, police and a deadly uptick in violence.

"And I also know the prerequisite to prosperity is public safety and I have been stating this for a while," mayoral candidate Eric Adams said.

Several of the candidates support cutting the police department, but not Andrew Yang.

"Let me be clear, defund the police is the wrong approach for New York City," Yang said. "We need to evolve to a 21st century form of policing."

Maya Wiley wants to shift a billion dollars out of the police department, and tonight she was on the attack, blasting Eric Adams for once being a registered Republican in the 1990's.

The New York Times endorsement of Kathryn Garcia might just push her from unknown, to top tier in the race for New York City mayor.

And she even accused Adams, a former policeman, of supporting stop and frisk.

"Thank you Maya, and every time you ask that question it really shows your failure of understanding law enforcement so let me give you," Adams said.

Yang was questioned why he's never voted in a city election and was slammed as not being ready to be mayor.

Many liberal supporters have abandoned Scott Stringer because of a sexual harassment allegation. On Thursday night, he walked the tight rope of saying believe women ... just not this one.

"I take it very seriously. My wife is a survivor and we've had long conversations about it, but this is an allegation that's not true," Stringer said.

Stringer, though, has a wealth of experience and so does Kathryn Garcia, the former sanitation commissioner.

"And I am proud to have gotten the endorsement of the New York Times," Garcia said. "I don't need to be told where the lights are in the hall."

Two of the candidates said they would choose Kathryn Garcia as their number two choice. That helps her with only six weeks to go before election day.

WABC-TV will be hosting two New York City mayoral debates ahead of the June 22 primary, as well as the final debate before the general election on November 2.