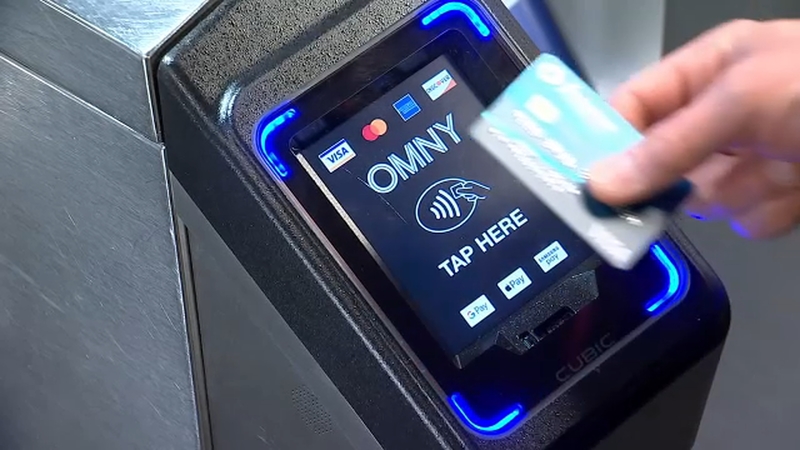 The Authority said when it activated readers at Grand Concourse stations last week, they were the finishing touches on bringing the OMNY contactless fare payment system to all of the subway stops in the borough.

"The installation and activation of OMNY at all subway stations in the Bronx shows that even during a pandemic, this team is committed to completing this project on time and on budget," OMNY Program ExecutiveAl Putre said. "We are excited that all of our riders in the Bronx will now have the opportunity to experience OMNY, and can skip the lines at MetroCard machines."

Stations on the N and W lines in Astoria and parts of Manhattan were also activated in June, as were Second Ave. subway stations on the Q line.

More than 60% of all subway stations are now equipped with OMNY.

"The OMNY team is now focused on lighting up OMNY readers at Brooklyn stations along the 2,3,4, and 5 lines. Our goal is to have these four lines completely contactless, from the Bronx in the north to Brooklyn in the south, by the end of this month," Putre said.

All subway stations and buses in New York City are expected to have the OMNY readers installed by the end of 2020.

OMNY time-based options, comparable to the current 7-day and 30-day MetroCards, will be available in the first quarter of 2021, after the activation of OMNY across the entire NYC Transit system.

Following the completion of OMNY installation at all subway turnstiles and on buses, the MTA will introduce all remaining fare options, including unlimited ride passes, reduced fares, student fares, and more.

In 2021, the MTA will introduce an OMNY card at retail locations throughout the New York region.

Also in 2021, the MTA will begin to install new vending machines at locations throughout the system.

Only after OMNY is fully available everywhere MetroCard is today, expected in 2023, will the MTA say goodbye to the MetroCard.

Purchasing your fare with cash will remain an option. Additional info about OMNY is available at OMNY.info.