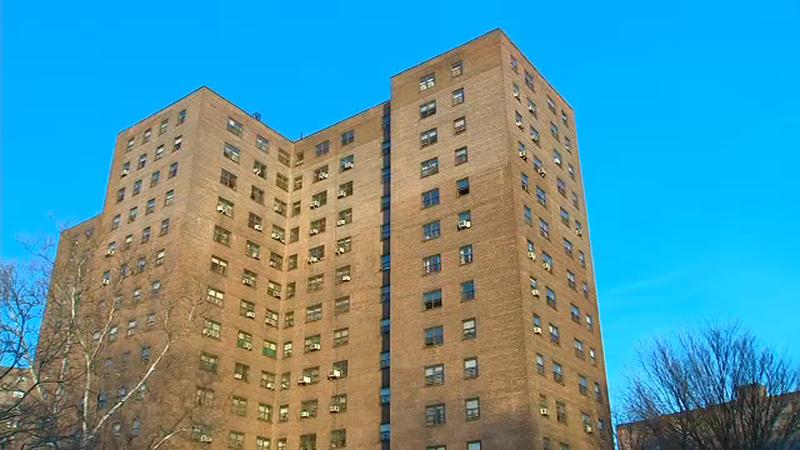 Meanwhile, residents of the NYCHA Marble Hill Houses are outraged after learning the development was not included in the city's plan for boiler repairs and upgrades.

Residents bundled up Tuesday in coats and blankets in the chilly vestibule of their Marble Hill apartment building, where more than 300 families never seem to know if they'll have heat or not.

"For example, my apartment is scalding," said one resident, Tony. With temperatures hovering around freezing outside, he had his windows open and was still warm.

Doris had the air conditioning on, but had to run the water for ten minutes before the water was warm enough to take a shower. Other apartments never seem to have heat.

Tuesday night her daughter had the air conditioning on in her bedroom and windows open in the living room.

"Either they're killing you with heat, or you have none at all," Doris said.

If there is a pattern, residents can't seem to figure out what it is. For example one apartment always has heat and hot water, but the apartment next door never has heat, and only has hot water if you let it run for a long time.

On a 34 degree day, scores of residents had their windows open because it was too hot inside.

Mayor Bill de Blasio has allocated $200 million to fix and repair boilers in NYCHA complexes citywide. But none of it for Marble Hill.

"We would just like to see the Marble Hill public housing included among those complexes where we will see new boilers," said City Councilman Ydanis Rodriguez.

A lot of residents would like that too, but not all are in a position to complain.

"There's a lot of people too afraid to speak up because they feel they're going to get put out of the building. That's what the problem is," said Doris.