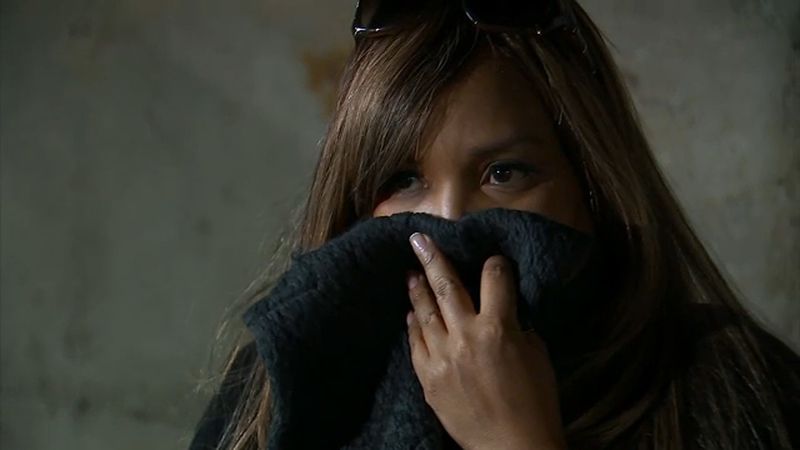 CROWN HEIGHTS, Brooklyn (WABC) -- The U.S. Housing and Urban Development executive spending a month living in NYCHA housing to survey conditions is spending her fourth and final week at a public housing complex in Brooklyn.

Lynne Patton, the regional administrator for New York and New Jersey, is at the Fenimore-Lefferts Houses with volunteer resident hosts. And on Tuesday, she toured distressed apartments in need of immediate repair.

During the walk-through of public housing in Crown Heights, Patton refused to criticize President Donald Trump and his new budget proposal that would severely cut federal HUD funding.

"We give extra money," she said. "We give $30 million a week (to NYCHA) in repairs. Where's it going? I'm not going to advocate for more money until we find out where the current money is going."

Patton has faced criticism from some Democrats for her month-long stay in NYCHA housing, and New York City Council Speaker Corey Johnson has blasted her visit as simply for show.

"She defends Trump and his immoral administration at every turn," he tweeted.

Patton responded by calling his tweet a political ploy.

"Tell Corey I'm not running for mayor," she said. "He doesn't need to be so scared."

The next race for New York City mayor is in 2021, and Johnson has said he's interested in the job.

Many NYCHA residents have praised Patton for staying in public housing. That includes Leonard Jones, who has lived in Fenimore-Lefferts Housing for almost 40 years.

"She has shined a light on the problems here," he said. "She's sympathetic. She has compassion to the residents, how we have to live."

Patton, who earlier in her trip toured four apartments in the Queensbridge Houses, plans to wrap up her visit on Friday.