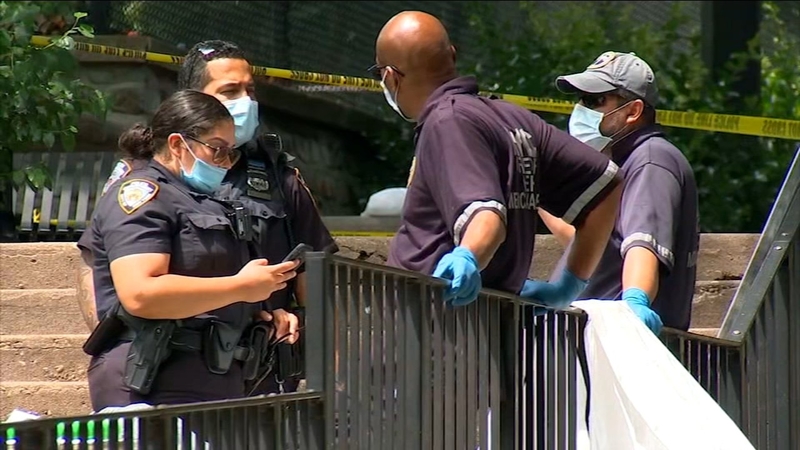 Gun violence continues in NYC after another shooting

NEW YORK CITY (WABC) -- Amid the recent rise in shootings in New York City, the job of the newly appointed community affairs chief has become even more significant.

On Tuesday, newly appointed Chief of Community Affairs Jeffrey Maddrey addressed the media about his plans to reduce violence in the city.

Maddrey, who was appointed last month by NYPD Commissioner Dermot Shea, says he has spent his first days listening to colleagues and residents of the new neighborhoods he will serve to hear people's vision for fair and effective policing.

"We in the NYPD reaffirm our promise to earn and strengthen the community's support to help put an end to the crime and violence that victimizes innocent New Yorkers," Chief Maddrey said. "But mostly, we pledge anew to listen carefully to all voices so that your police become the police you need and desire and want in the pursuit of your productive lives."

The new chief takes over the community affairs bureau at a significant moment in police-community relations.

In May and June, protests on police brutality and the Black Lives Matter movement sparked the city and led to several changes within the NYPD, including budget cuts and a move to focus on community relations.

However, the last few weeks alone have seen a vicious spike in crime and shootings across the city.

Under Maddrey, the Community Affairs Bureau will be tasked with seeking out voices in all of city's neighborhoods to reduce violence.

It is a task Maddrey believes he can handle, due in part to his experience growing up in the city and his work in the NYPD since he first joined in 1991.