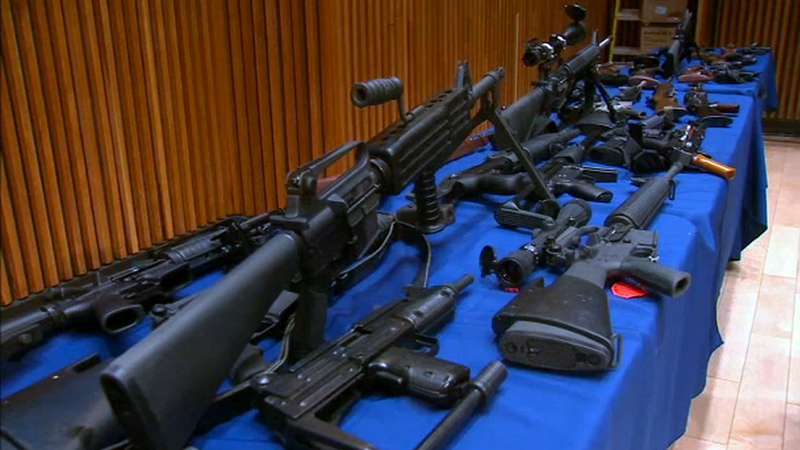 OAKLAND GARDENS, Queens (WABC) -- Authorities seized more than 70 guns and took one person into custody during a massive bust in Queens early Sunday.

It happened in a home on 208th Street in Oakland Gardens, and police say it was one of the largest gun seizures in a single search warrant.

A tip to a field intelligence officer on Saturday first initiated surveillance of the home, with the search warrant issued the following day and carried out around 2 a.m.

In the basement, officers found 71 weapons, including 23 handguns and 45 rifles, shotguns and assault rifles. They also seized more than 50,000 rounds of ammunition.

Ronald Drabman, 60, was arrested at the scene and is now facing 110 counts of weapons possession charges. He is also charged with one count of criminal possession of a controlled substance.

"This collaboration between the criminal intel section, the members of the 81st Precinct, the emergency services resulted in the seizure of this large cache of weapons," NYPD Intelligence Division Chief Thomas Galati said.