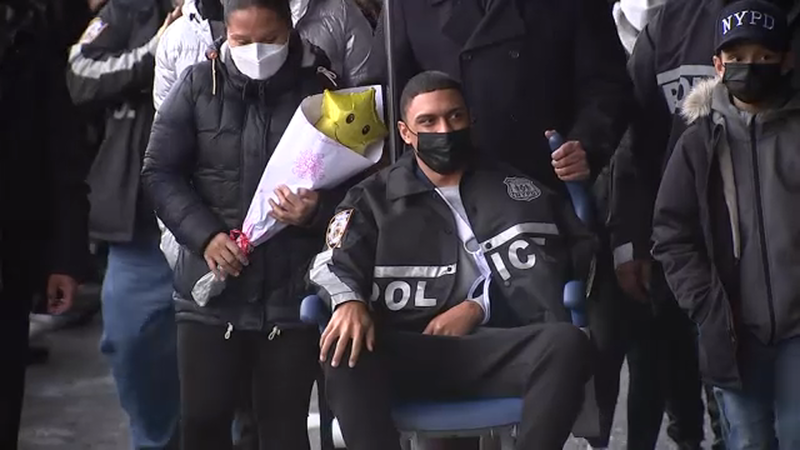 ARVERNE, Queens (WABC) -- The off-duty officer who was shot on Tuesday night in Queens was released from the hospital Thursday afternoon and was greeted by dozens of his fellow officers.

Rookie Officer Manuel Soto, 22, was heading to work when two teenagers tried to carjack him.

When Soto got out of the car, police say 19-year-old Chad Collie fired several shots, hitting him in the shoulder.

Police say the gunman also shot at those officers. They were not hit and did not return fire.

Collie is facing four charges of attempted murder, robbery, assault, criminal possession of a weapon and reckless endangerment. Robinson is facing a charge of robbery.

Both Collie and Robinson were held without bail following their arraignment Thursday afternoon in Queens criminal court.

The off-duty officer is the sixth member of the NYPD shot so far this year.