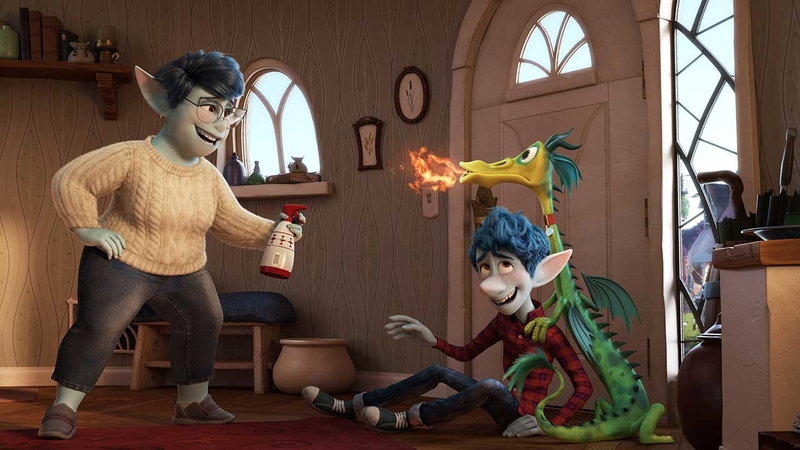 A new Pixar film out next year will have unicorns, dragons and mermaids, but the action doesn't take place long, long ago.

"Onward" is set in a world much like our own suburbia, with airplanes, lawnmowers and smartphones. The first teaser trailer dropped Thursday night during the NBA Finals.

The all-new original feature follows teenage elf brothers, Ian Lightfoot (Tom Holland) and Barley Lightfoot (Chris Pratt) as they set out on "an extraordinary quest to discover if there is still a little magic left out there," according to a Pixar press release. In the trailer, we also meet Ian's hyper-active pet dragon, Blazey.

The film shared a new poster on its Facebook page on Thursday.

The animated adventure also features the voices of Julia Louis-Dreyfus and Octavia Spencer.

MORE ON PIXAR AND DISNEY FILMS

'Toy Story 4': Watch last trailer with one month to go until film's release

What to know about upcoming streaming service Disney+