Grieving mom of boy who froze to death: I reported abuse by cop dad, fiancee for a year 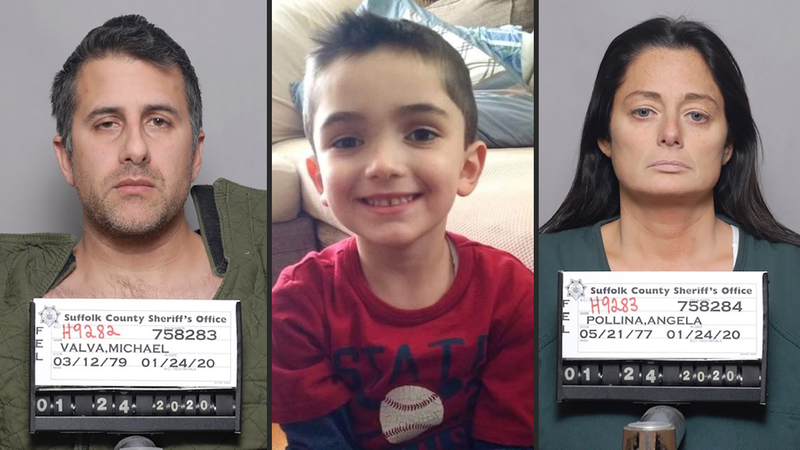 NYPD Officer Michael Valva, Thomas' father, and Angela Pollina, Valva's fiancée, were cited in reference to the five other children in their care in the home, including Valva's two surviving sons and Pollina's three daughters.

"I told the judges, if you're not going to remove my children they're going to die," said Thomas' mother, Justyna Zubko-Valva, following the court appearance.

Zubko-Valva said she's been reporting to authorities for years about the alleged abuse by Valva and Pollina of her sons.

Zubko-Valva lost full custody of her sons in 2018.

Valva and Pollina, both standing in handcuffs before the judge, denied the child abuse complaints.

The fathers of Pollina's daughters were also in court Monday and were given custody of their children.

"I knew this would happen. I've been trying to tell people for a long time," said Gino Cali.

Cali said he hasn't seen his daughter in three years because Pollina prevented him from seeing her.

Michael Ichkhan, the father of Pollina's twin daughters, declined to speak with reporters, but told the judge that he hasn't seen his twin daughters also in three years because Pollina, "held them away from me."

The three girls are currently residing with Pollina's mother.