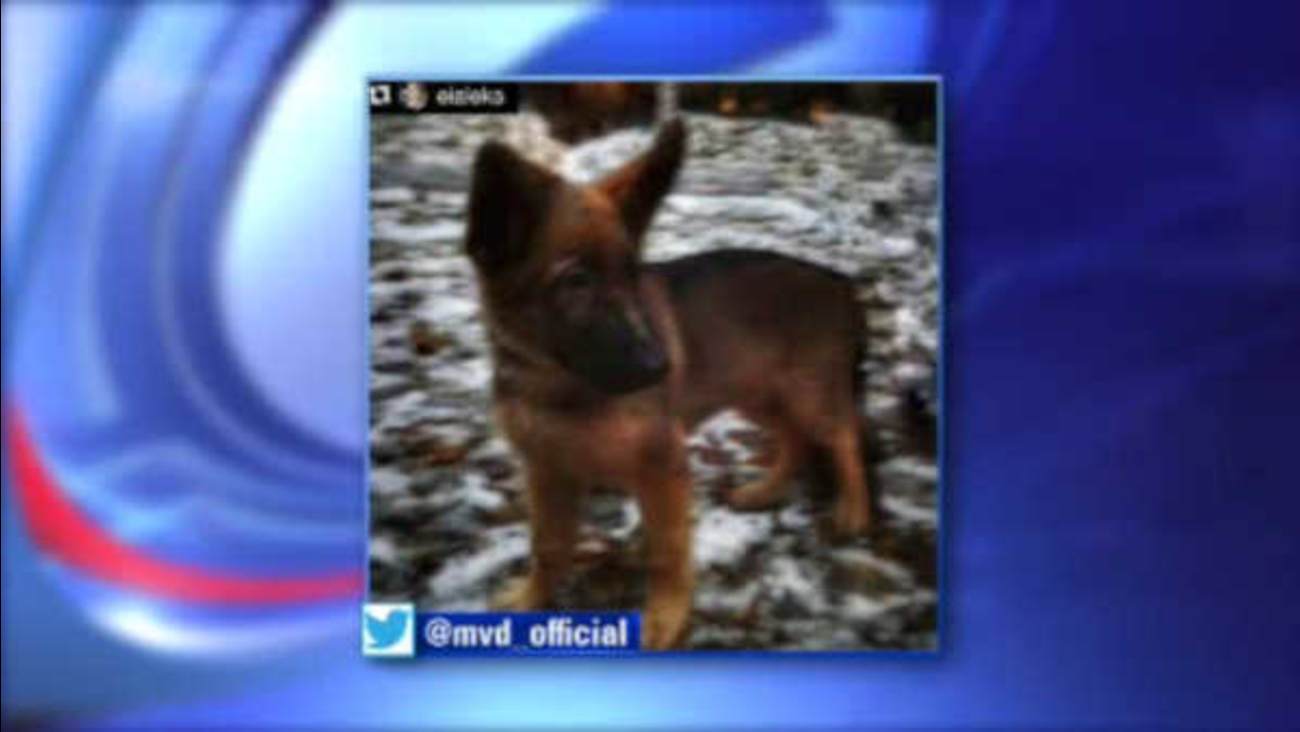 Russia is sending a puppy to a French police unit whose dog died during a raid on Jihadists linked to the attacks in Paris.

Officials in Moscow said they are sending the dog as a gesture of friendship and solidarity between the countries.

French authorities say the police dog named 'Diesel' probably saved lives when she was sent into the apartment north of Paris on Wednesday.

The dog was killed when one of the ISIS suspects detonated an explosive vest.