Police in Grand Rapids, MI have released video of the deadly shooting of Patrick Lyoya during a traffic stop.

GRAND RAPIDS, Mich. -- Police in Grand Rapids, Michigan, on Wednesday released several videos of an officer's encounter with Patrick Lyoya, who died after being shot during a traffic stop this month.

The Grand Rapids Police Department has said Lyoya was killed after an officer's gun "discharged" during a "lengthy struggle." But a representative for Lyoya's family tells CNN he saw video of the shooting and believes the 26-year-old was killed "execution-style."

Speaking during a news conference, City Manager Mark Washington offered his condolences to the family of Patrick Lyoya and referred to the video as "painful to watch."

Police said before the news conference that neither the videos nor audio were edited. Some video images were redacted or blurred to ensure privacy.

Police Chief Eric Winstrom said the officer will not be identified publicly unless there are criminal charges. The officer is on paid leave and his police powers were suspended, the chief said. Michigan State Police are conducting a criminal investigation.

Winstrom, a former Chicago police commander, made headlines when he publicly criticized the state's attorney's office not to file charges in the high-profile murder of a 7-year-old girl last fall. He left the Chicago Police Department and was named chief of Grand Rapids police in February.

Civil rights attorney Benjamin Crump -- who has represented high-profile victims of police violence -- has been retained by the Lyoya family and pushed for the officer to be fired and charged.

"The video clearly shows that this was an unnecessary, excessive, and fatal use of force against an unarmed Black man who was confused by the encounter and terrified for his life," Crump said.

The incident began just after 8 a.m. on April 4 when police say they pulled over a vehicle for a traffic stop. The driver, now known to be Lyoya, got out of the vehicle and at some point ran, Grand Rapids Police said at the time.

Not long after, "There was a lengthy struggle, I'm told it was over a minute and a half or two minutes of fighting," Winstrom said previously.

"During the struggle, the officer's weapon discharged, killing the man," he added.

The Lyoya family moved from the Democratic Republic of Congo to the US in 2014, and has been working with their representative, Pastor Israel Siku, since Patrick's death. Siku's first language is Swahili and he also acts as an interpreter for the Lyoyas.

He told CNN he was with Lyoya's father, just days after the shooting, when they were invited by police to review the video of the shooting.

Siku described the father's reaction to seeing the video: "He melt(ed) down, he didn't have anything to say. He almost passed out."

At a community forum Sunday, Siku told a church full of people, "I saw the video, I could not sleep."

"The boy was on the floor, the cop as he lays on him, pulls up the gun and shoots him in the head and back up. Patrick did not move," he added.

There have been multiple protests and rallies on behalf of Lyoya. On Tuesday evening, dozens of people called for justice as they rallied outside a City Commission meeting. Inside the nearly five-hour meeting, 74 of the 75 members of the public who spoke expressed outrage and sorrow over Lyoya's death.

In a statement to CNN, Grand Rapids Mayor Rosalynn Bliss said in part, "We are all working through a range of emotions from anger to confusion to grief but I'm confident as a community that we're also patient and steadfast in our commitment to get to the truth."

Michigan State Police said once the investigation is completed, the evidence will be turned over to the county prosecutor who will decide on charges.

Kent County Prosecuting Attorney Christopher Becker told CNN no decision has been made regarding the officer as the investigation isn't complete. As for the impending release of video, he said, "They have to do what they think best and I'm not going to criticize that." In a statement on April 7, he said, "To maintain the integrity of this investigation, I have requested that involved police agencies do not release any evidence until the investigation is complete."

The Grand Rapids Police Department said both Michigan State Police and Becker are aware of the vid release. The results of the ongoing investigation will also be provided to the Grand Rapids police chief and the department's internal affairs, Winstrom said in a statement.

"This is a use of deadly force. The test for deadly force is that the officer is entitled to use deadly force when defending himself against a reasonable threat of death or great bodily harm," Winstrom said not long after the shooting.

"That'll be the test the Michigan State Police use when they look at it initially. And that'll be the same test I use to review it after their investigation is handed off to us." 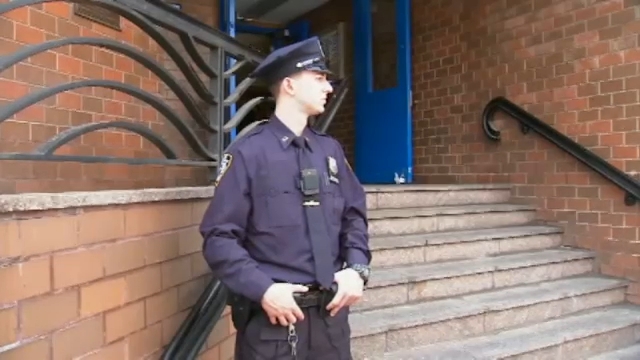