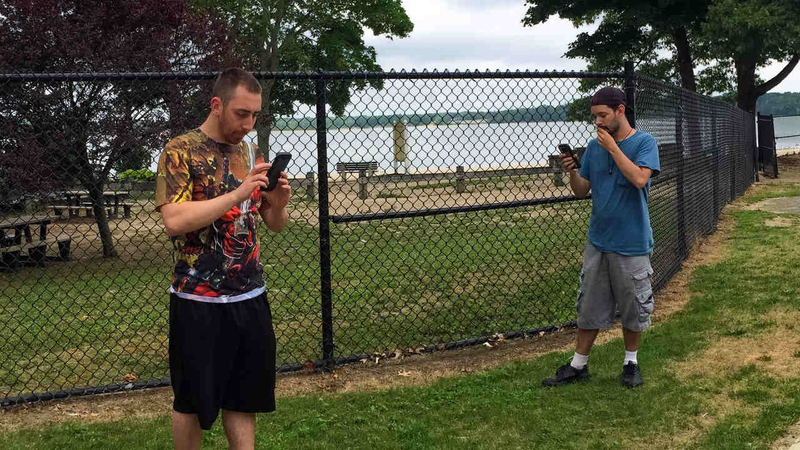 Authorities say a 19-year-old man was walking along Lake Shore Drive in Lake Ronkonkoma playing the game on his Apple iPhone around 5 p.m. Wednesday when a gray four-door sedan with at least three people inside pulled up next to him.

A man in the front passenger seat demanded the victim's phone, police said, and when he refused, the passenger in the rear seat threatened him with a gun.
The victim handed the phone to him, and the car fled the scene.

It's not clear whether the victim was tracked to the location or whether the robbery was a crime of opportunity, but police say they are leaning toward the latter.