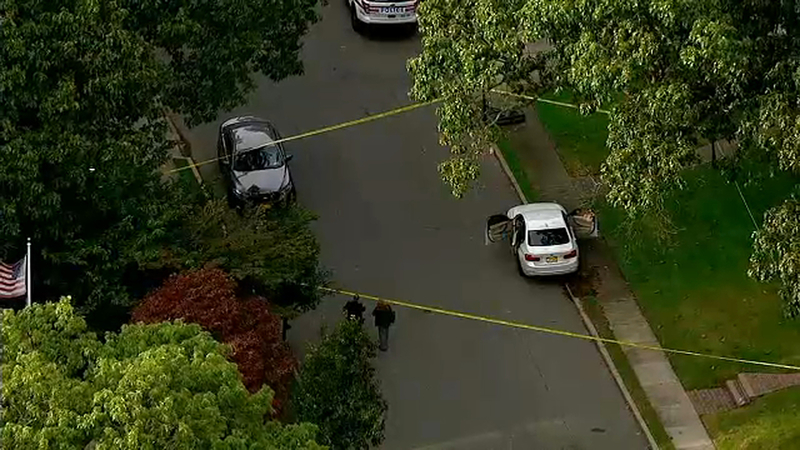 NORTH VALLEY STREAM, Long Island (WABC) -- A man who was shot by police following a chase on Long Island Tuesday was wounded as he backed his car up towards an officer, authorities said Wednesday.

The incident began when officials say Hempstead police attempted to pull over a white BMW in the vicinity of Sycamore Avenue, but the driver refused to stop.

Nassau County police say the BMW then fled onto the Southern State Parkway westbound and exited off Corona Avenue, turning east onto Blakeman Drive, at which time it struck multiple vehicles.

The driver, identified as 34-year-old Kashawn Watts-Bryant, allegedly placed the car into reverse in the direction of the officer, at which time the officer discharged one round from his weapon, striking the subject.

"That driver then took the white BMW and sped backwards in reverse towards the officer," Nassau County Detective Lieutenant Stephen Fitzpatrick said. "The officer discharged his weapon one time. That round struck the driver in the right upper shoulder area."

One passenger then fled the scene on foot and was located a short distance away.

Police say Watts-Bryant drove away before crashing into a street sign on Primrose Place in North Valley Stream.

He and another occupant then fled on foot, authorities said, and additional police units from multiple agencies responded and established a perimeter.

Watts-Bryant was reportedly located in a rear yard on Evergreen Avenue in West Hempstead and placed into police custody. Authorities say he resisted arrest, causing a Nassau County police officer to suffer a broken hand.

He was also in possession of a bag police say contained approximately 300 pills believed to be Oxycodone.

The other occupant was stopped a short distance away from Primrose Place.

Watts-Bryant was transported to a local hospital and treated for a gunshot wound. He is charged with second-degree assault and criminal possession of a controlled substance.

The shooting is being investigated by the Nassau County Police Department, which is standard procedure when officers discharge their weapons. Sources say the wounded driver was unarmed at the time of his arrest and a weapon was not recovered.

"I won't comment on the investigation right now," Fitzpatrick said. "We investigate all police-involved shootings. So we have interviewed the officers, but we won't disclose what they said at this point."

The officer was placed on administrative leave through the end of this week and will return on desk duty pending the outcome of the use of force investigation.