On 1-year anniversary, Long Island mom pleads for son's killer to be brought to justice 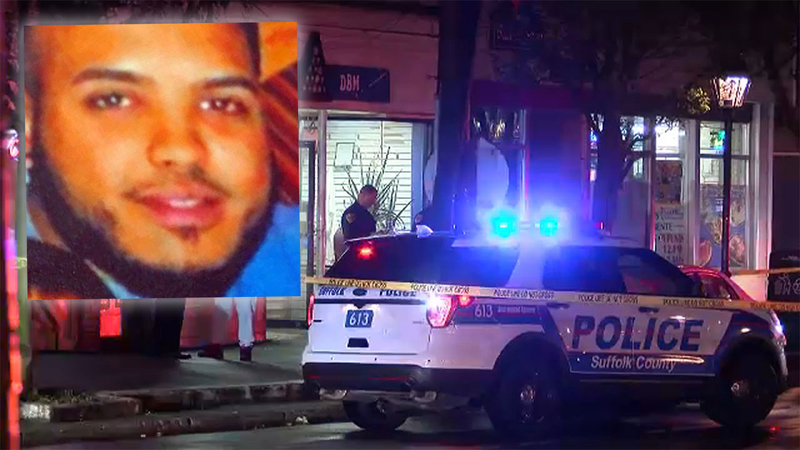 LI mom pleads for son's killer to be brought to justice

PORT JEFFERSON, Long Island (WABC) -- On the one-year anniversary of a deadly pool hall shooting on Long Island, the victim's mother is pleading for her son's killer to be brought to justice.

Police say 27-year-old Albert Luis Rodriguez-Lopez became involved in an argument with 37-year-old Alejandro Vargas-Diaz and was fatally shot in an incident that was caught on surveillance video.

The front window of the hall was shattered in the shooting, sending patrons fleeing to safety.

Rodriguez-Lopez, a father of three young children, was shot three times -- twice in the back.

"My heart is broken, and I wait for that moment when they catch that guy," mom Luz Lopez said. "Because nobody's happy now. Look at those children now, asking for their father...I will only have peace when I know the guy is in jail."

The search has covered New York City, parts of New Jersey and Connecticut, as well as the Dominican Republic. Vargas-Diaz was last seen outside the LIRR's Jamaica Station on the night of the shooting, but he has not been seen since.

The pool hall has since closed.

Anyone with information about these incidents can contact Suffolk County Crime Stoppers to submit an anonymous tip by calling 1-800-220-TIPS, texting "SCPD" and your message to "CRIMES" (274637), or by email at www.tipsubmit.com.