MIDTOWN, Manhattan (WABC) -- Witnesses of the terror attack in the underground corridor between Times Square and the Port Authority Bus Terminal described a scene of controlled chaos after the suspect detonated a pipe bomb strapped to his chest Monday morning.

Five victims suffered minor injuries and were being treated at area hospitals. Four of them came on their own to Mount Sinai West Hospital, while the fifth went to Mount Sinai Hospital in Queens.

Three have been released, and the rest are listed in stable condition and are expected to be released soon.

Related: New York City terror attack - What we know about the suspect

There was a steady stream of NYPD detectives and federal investigators coming in and out of the hospital, questioning the victims and trying to extract from them as much information as possible about the attack and the suspect.

Veronica Chavez, 45, was one of the victims who took herself to the ER with a headache and ringing in her ears.

Chavez described being frozen in fear at the sound of the explosion, and then running for her life, fearful of a secondary explosion.

She was about to cross paths in that tunnel with the would-be suicide bomber when the blast took place.

"It was an explosion so loud," she said, describing the blast a few feet away from her.

She said there was smoke and dust from pieces of the ceiling and she was initially frozen in place.

"When I was able to react, I turned and saw two bodies on the floor," she said.

Chavez spent most of the day in the hospital where she was treated for ringing in her ears.

"My doctor says my ears will hurt for a while and I will need to follow up with them," she said.

"My sister is dizzy, little bit dizzy, about the ear and pain," he said. 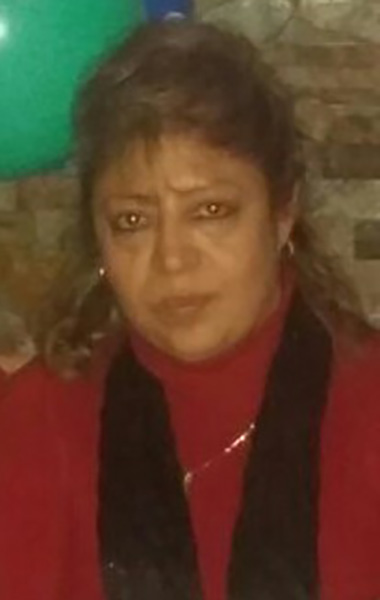 Alfonzo Chavez said his sister was with another sibling, a brother, as they made their way from home in Corona, Queens, to their factory jobs in Midtown. The brother trailed his sister by a few feet and was not injured.

The explosion, which happened in the underground passageway under 42nd Street between 7th and 8th avenues, triggered a massive emergency response by police and firefighters both above and below ground, tangling subway and bus service.

Everything around Times Square was shut down, halting what would ordinarily be a bustling rush hour at the "Crossroads of the World."

Elrana Peralta, a customer-service worker for Greyhound, said she works in the Port Authority terminal complex near where the blast happened but did not hear the explosion.
"All we could hear was the chaos," she said. "We could hear people yelling, 'Get out! Get out! Get out!'"

John Miles, 28, from Vermont, was waiting for a bus to Massachusetts. He did not hear the blast either, but saw police react.

"I didn't know what was going on," he said. "Officers were running around. I was freaking out. They didn't incite panic. It was fairly orderly."