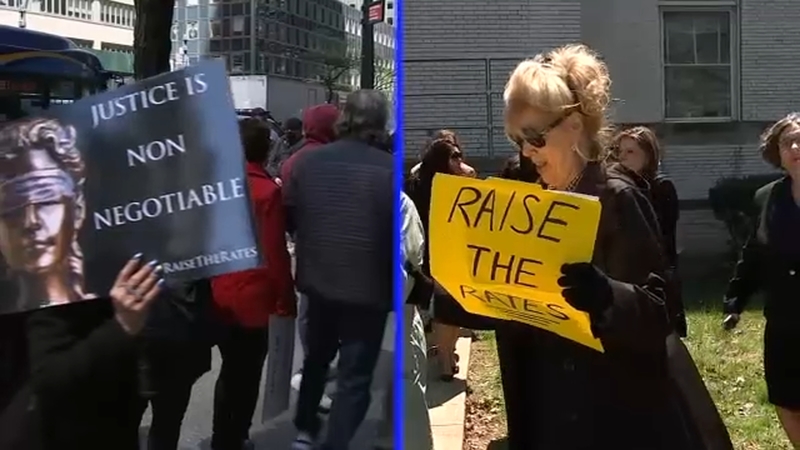 They are demanding their first raise in nearly two decades, but the governor is not including it in her budget at this time. Meanwhile, lawyers say the real victims in all of this could be the children and the financially strapped.

In Westbury, panels of private attorneys are vetted and paid by the state to represent some of the poorest and most vulnerable clients. Now, these attorneys say they are not paid enough.

"People think attorneys, they're driving fancy cars, they're making a lot of money...and some are, not these people," said former panel attorney Robert Mangi.

They make $75 an hour, but have to pay all their overhead for an office and staff...and their rate has not gone up in 18 years.

Earlier this month, both houses of the New York State Legislature actually included a hike that would have doubled the pay for these attorneys in the state budget, but Hochul would not sign off on it.

In the end, this may get resolved in familiar territory - the courts. Ten bar associations have now filed a lawsuit, and they are asking for an injunction, declaring their pay unconstitutional.

"It's in litigation, so the budget was not the appropriate place to deal with it, but I support fair rates for those individuals - they do very important work," said Hochul.
Perhaps no one understands that better than the mother of three, Andrea Dima. She was fighting for custody of her three kids for over a year, and she knows that for so many who can't afford representation, a lot is at stake.

"Let's just say there weren't too many people by my side at that point," said Dima, "It's a little scary, actually because I don't know where I would be without them."

Already, many more are threatening to leave.

Twitter announced that Elon Musk has bought the social media giant. News of the deal came with shock, concern and cheers.