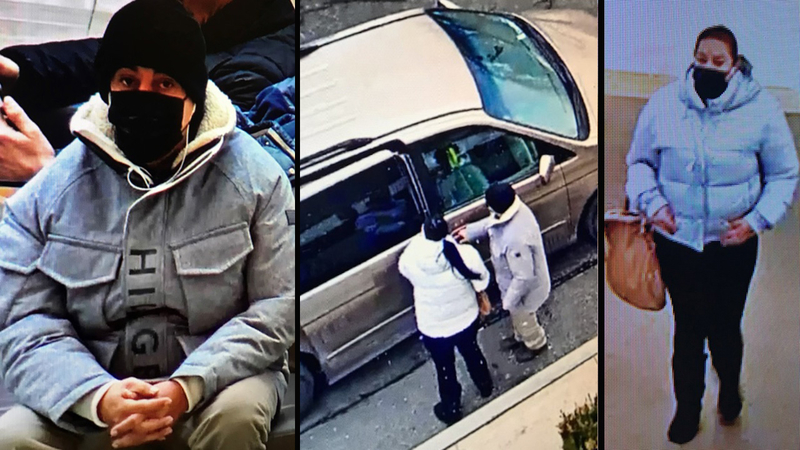 DEER PARK, Long Island (WABC) -- A woman who had just purchased a $3,100 Louis Vuitton pocketbook was robbed while helping her disabled child into her Long Island home.

It happened on January 28 after the victim had purchased the handbag at the Walt Whitman Shops.

When she returned to her home in Deer Park, she parked her car in the driveway and entered her house with her disabled child.

Authorities say a moment later, a man was seen exiting a gold Honda Odyssey from the passenger side.

He smashed the rear window of her vehicle, removed the purse, and was then picked up by the driver of the Honda.

Police also released surveillance images of the suspects that they hope will lead to arrests.

Anyone with information about these incidents can contact Suffolk County Crime Stoppers to submit an anonymous tip by calling 1-800-220-TIPS.