2 dead after fire tears through apartment building in Queens 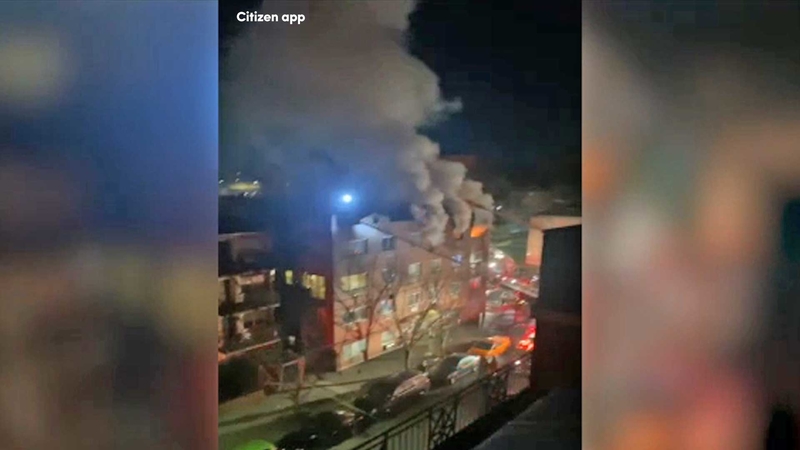 POMONOK, Queens (WABC) -- Two people were discovered dead in an apartment fire in the Pomonok section of Queens.

Fire broke out on the top floor of the four-story apartment building on 162nd Street just after 4:40 a.m. Wednesday.

The two victims, a 76-year-old woman and 81-year-old man, were found in the fourth floor apartment and pronounced dead.

They appear to have been husband and wife.

Another person was treated at the scene for non-life-threatening injuries.

The fire is not suspicious, and there was a clutter condition in the apartment that may have helped the flames spread.

The cause is under investigation.

The fire was the second of two deadly, early-morning apartment fires in the city in less than two hours.

The first killed a 27-year-old man in Bedford-Stuyvesant, Brooklyn.