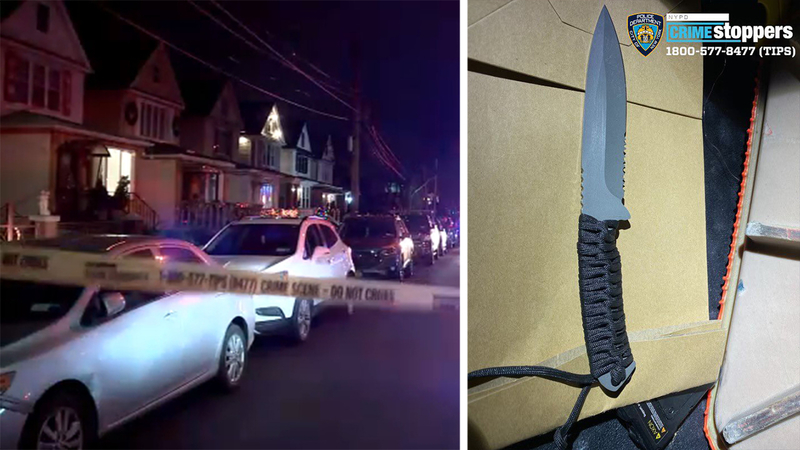 MASPETH, Queens (WABC) -- Police shot a man who they say lunged at them with a machete in Queens on Friday night.

Officers were called to a home 64th St and 55th Avenue in Maspeth around 6 p.m. because the man had a knife.

Below is a picture of the knife the male had. pic.twitter.com/X108ZYyM6j

This was the third time that police were called to in the past week - including one just before 11 a.m. on Friday.

A machete attack in Brooklyn killed a 79-year-old man and injured two other people, including a 4-year-old girl.

When police arrived at the home, they walked down a narrow staircase to the basement, where the 41-year-old was with another family member.

Four officers spent 10 minutes speaking to the man, trying to get him to go to the hospital. That is when the suspect pulled out a knife and began to yell, saying he wasn't going back to the hospital.

One officer then deployed a taser, striking the man. At the same time, another officer shot the man, striking him twice.

The suspect was taken to Elmhurst Hospital, where he is in critical condition.

No officers were injured, but they were taken to the hospital for observation.

Earlier on Friday, the man told officers he was suffering from hallucinations and was using crystal meth.

A man who slashed a woman and her dog with a machete was shot and killed by police in Brooklyn, officials report.