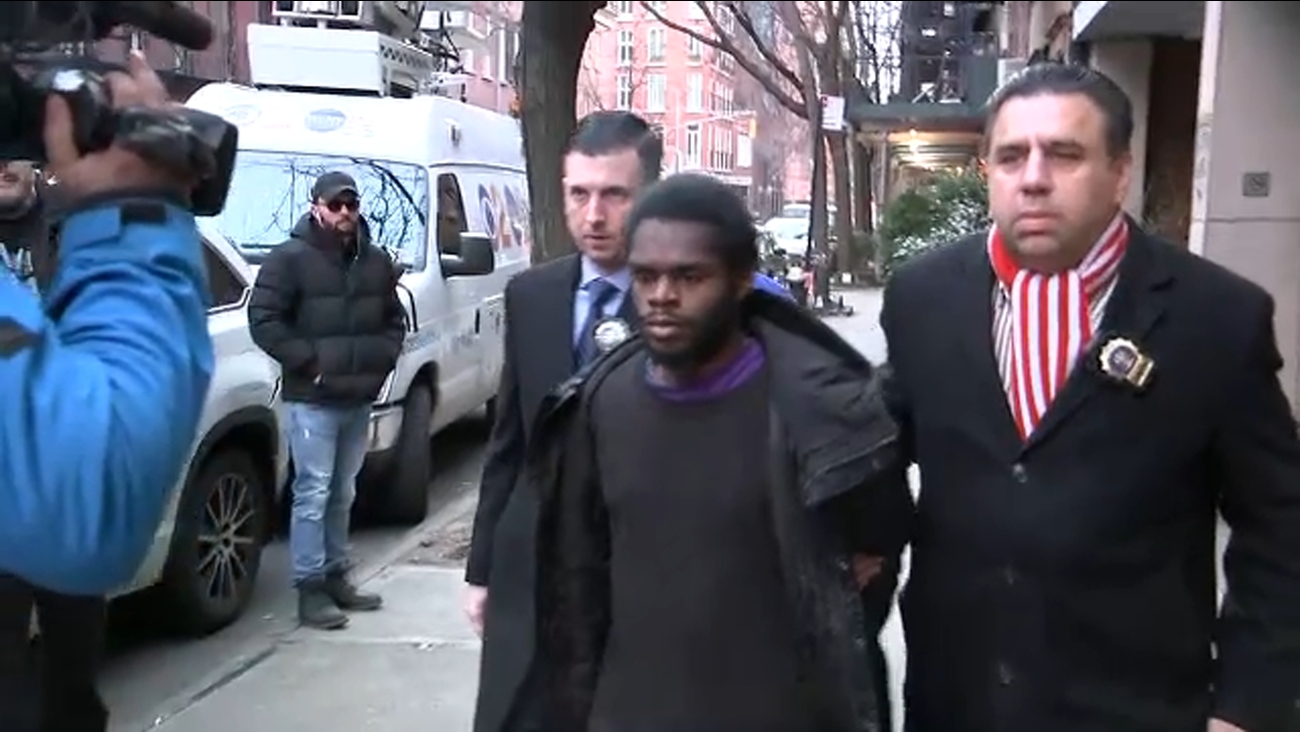 GREENWICH VILLAGE, Manhattan (WABC) -- Hours after being released without bail under New York's new bail reform law, a homeless man with a history of unprovoked attacks was arrested by police again.

Eugene Webb, 26, was arrested in front of a Chase Bank on W 4th Street in Greenwich Village for aggressively panhandling.

Officials said when police approached him around 7:00 p.m. on Friday, Webb tried to run. After a brief pursuit he surrendered at W 3rd Street and 6th Aveue.

Police searched him and found a glass pipe containing the drug K2.

He was awaiting arraignment in Manhattan Criminal Court.

Webb is accused in several random attacks in Manhattan, including one earlier in the week in which he repeatedly punched the 23-year-old woman after she exited the one train station at West Houston and Varick Street in Greenwich Village.

He was freed with supervised release under New York's new bail reform guidelines.

Tim Fleischer has the latest on a man charged in three attacks in Manhattan who was released under bail reform.

Webb has at least five prior arrests, including hitting a 35-year-old woman in the face with a closed fist on September 3, 2019, and grabbing a 55-year-old woman's backside, exposing himself and making a lewd gesture in October of 2017.