The state's Office of Cannabis Management says it is going to open up about 36 more shops in the coming weeks.

The store on Bleeker Street in Greenwich Village is called Smacked.

It opened its doors to the public Tuesday morning after hosting a ceremonial first sale event on Monday.

Smacked is the first legal dispensary opening in New York State that is owned by someone with a previous marijuana conviction.

New York is prioritizing the handing out of dispensary licenses to people with past marijuana convictions.

"I want to thank everybody for coming out and celebrating me celebrating this," Conner told a kickoff gathering Monday morning. "I'm truly honored for everything, for all the support. You know, this is a process. New York is doing something amazing."

Earlier this month, the thrift shop Housing Works was the first to open a licensed dispensary in New York State.

It is also located in Greenwich Village, about a 10-minute walk from Smacked.

A spokesperson for the state's Office of Cannabis Management says the agency is going to open up about 36 more shops in the coming weeks.

The locations are strategic, located away from schools and not too close together.

The product in the shops comes from regulated farms, and it has been tested in state labs.

Right now there are roughly 1400 illegal weed shops across the city.

Businesses have been taking advantage of what appears to be a lack of consequences for selling without a license.

Eyewitness News anchor Bill Ritter asked the Office of Cannabis Management's senior policy director about the problem on Up Close.

"The way we're running the dispensaries, there's going to be a buffer between each one," said Alex Bernabe. "So you're not going to get what you have here, with five or six of them lined up in the same street. They're all going to be separated, you can't see through the windows. You're going to have security measures, they're going to be carding everybody, and you'll lose your license if you sell to someone under 21."

"So what we're seeing now is that transferring period between people abusing the system as we work to shut them down and the new dispensaries coming online," Bernabe continued.

The fact is, it has been very hard to shut down the illegal shops.

The sheriff's office will raid a store, and they are restocked the next day.

What you should know before purchasing legal weed in New York

Even though recreational weed was legalized in the state back in 2021, legal sales have not been allowed until now. Illegal sellers have been in operation for many months around the city and across the state. 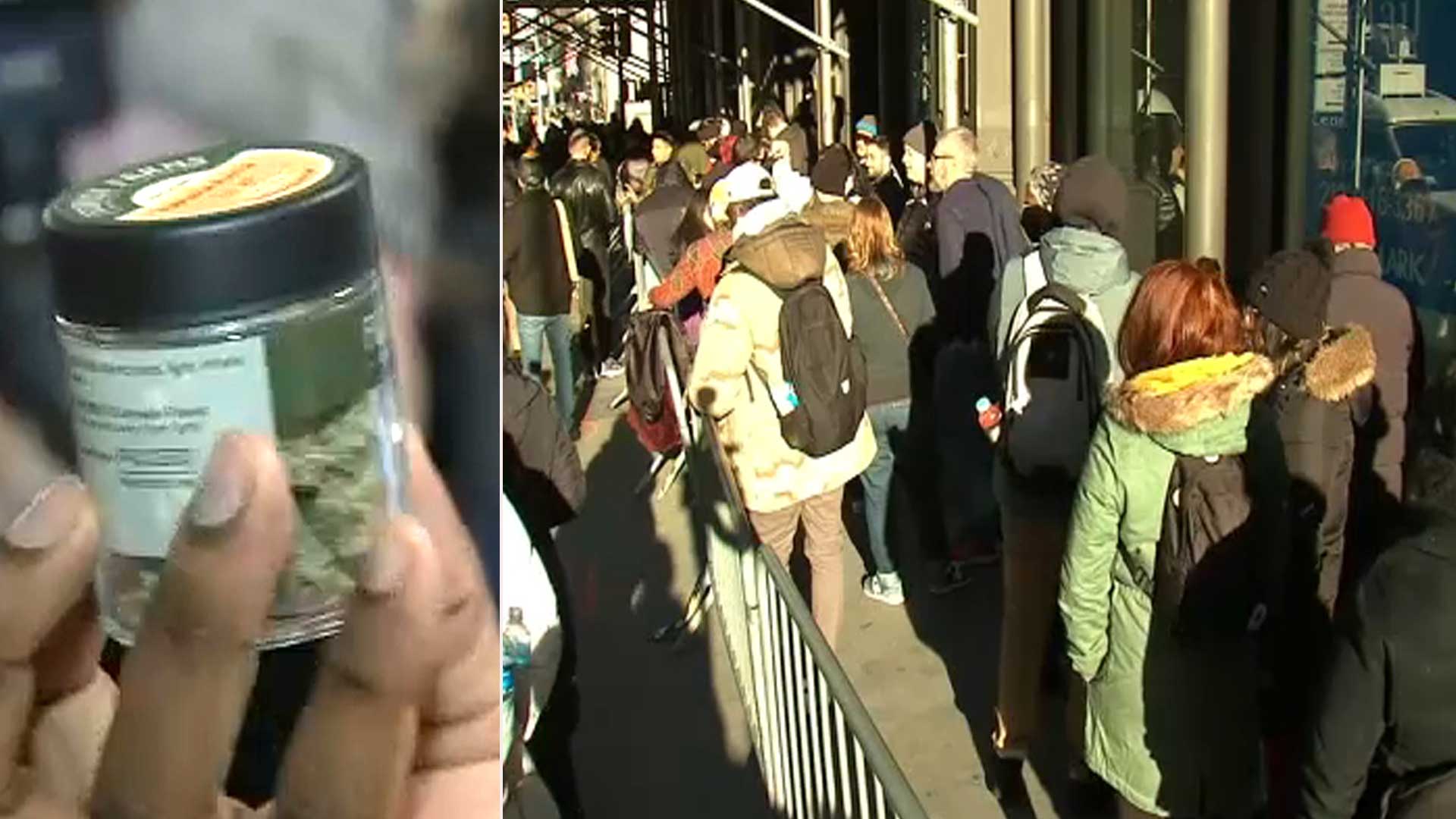