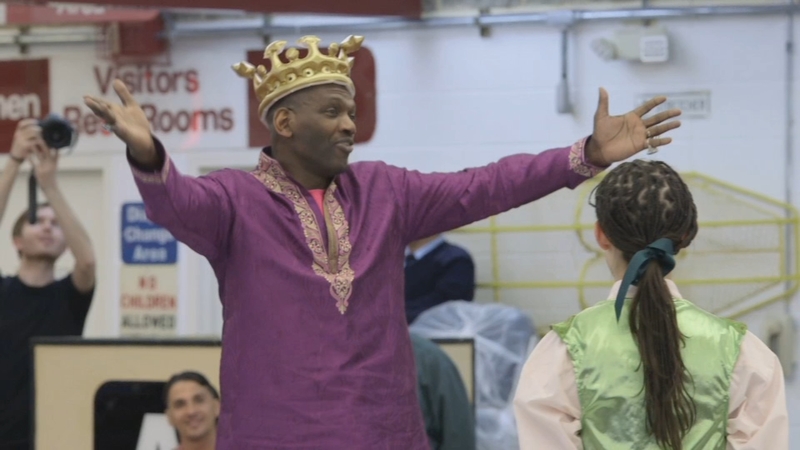 OSSINING, Westchester County (WABC) -- This is an update to a story I first told you about six years ago, when I literally went to prison for a report called "Shakespeare in Sing Sing."

It was about a performance of "Twelfth Night" put on by those serving lengthy sentences for violent crimes.

A non-profit group called Rehabilitation Through the Arts (RTA), which staged that show, is celebrating its 25th anniversary this spring, and what began with just a handful of people who were incarcerated now serves more than 200 in various facilities.

In 2016, Tim Walker, who was in prison at the time, told me that the RTA program was, "The first time in my life that I actually felt that I was able to give back without any ulterior motives or undertones."

That was great news to RTA's founder and Executive Director, Katherine Vockins.

"What we do inside prison walls gives people hope," she said. "It inspires them, and it gives them tools for change."

"Conversations with Friends" is based on a book by Sally Rooney, and the same creative team that brought her novel "Normal People" to life are behind the new Hulu series.

We met at RTA's headquarters on the campus of SUNY Purchase, where we were joined by Charles Moore, who joined the organization while serving 17 years in prison for manslaughter.

"RTA has been a life-changing experience for me," he said. "It saved my life."

Moore went on to say that it gave him his self-esteem back and helped him stay clean and sober.

Today, Moore is out of prison and serves as RTA's Director of Operations.

"We are building the character of those who are incarcerated and people believe in what we do," he said.

There was ample proof of the support enjoyed by this program at the recent celebration of RTA's silver anniversary, which was co-hosted by Moore and another person who was formerly incarcerated, Lawrence Bartley.

"It's been a beautiful relationship," he told the crowd.

Moore said co-hosting the event, "was very moving for me."

He is one of more than 800 once-incarcerated individuals who have been successfully rehabilitated through the arts.

"Our program has changed the culture in the prisons where we have worked," Vockins said. "Corrections officers look at what we're doing, and instead of sneering at us for making actors, they realize that those quote actors are people who don't get into trouble."

Statistics back up her claim. A tiny fraction of those who participate in Rehabilitation Through The Arts, just 5%, go back to prison once they get out.

That's a recidivism rate far below the average for New York State which currently stands at 43%.