Football players from Rome, Georgia jumped into action to help a woman whose car spun into oncoming traffic to avoid a truck.

ROME, Ga. -- A group of young football players recounted the moment they jumped into action to rescue a woman trapped inside her car after a crash in front of their Georgia high school.

"I knew I had to help or something. I knew my friends were going to feel the same way as me," Treyvon Adams, one of the students involved in the rescue, told "Good Morning America."

According to local police, the wreck involved a car that spun into oncoming traffic to avoid a truck, and a 50-year-old woman was trapped inside one of the vehicles.

"The sound was very, very loud. The car was crushed. There was glass everywhere," Adams said.

"Once I'd seen the car smoking, I was thinking as if the car was going to blow up," added Adams' teammate Antwion Carey.

Adams and Carey -- alongside fellow football players Cesar Parker, Messiah Daniels, Tyson Brown and Alto Moore -- raced out of school to respond to the crash across the street.

"They literally started using their strength to pry the door open so the lady could be released," said Luis Goya, a math teacher who witnessed the crash and dialed 911. "After a few seconds of pulling and pushing the door, the boys ended up opening it and helped her get out of the car."

"The Rome High School football players really showed up today. They went above and beyond to help this lady without hesitation," he posted on Facebook.

As for Adams and Carey, they told "GMA" they did what they had to do and only hope the woman rescued from the crash will be OK. 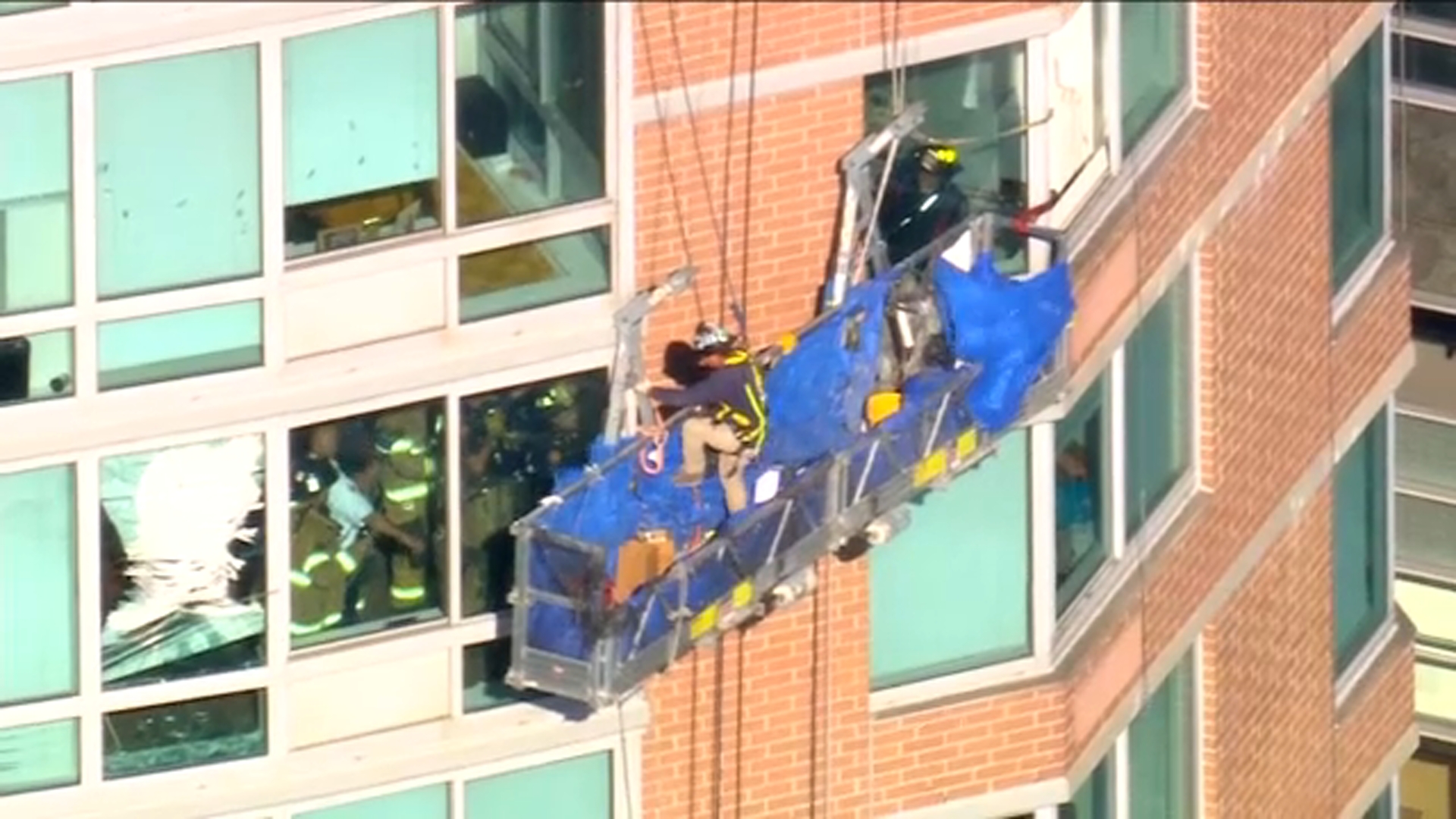