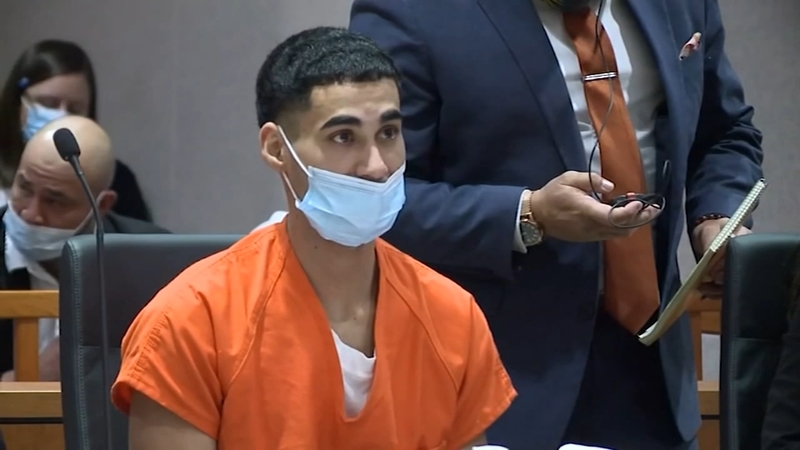 HOUSTON, Texas -- An online petition surpassed 3 million signatures after a Houston truck driver was sentenced to 110 consecutive years in prison for a deadly 2019 crash in Colorado.

After an emotional plea in court on Monday, 26-year-old Rogel Aguilera-Mederos was sentenced to 110 consecutive years in prison.

Aguilera-Mederos was found guilty in connection to a fiery crash in April 2019 that killed four people and injured others. Investigators said Aguilera-Mederos, who was 23 years old at the time of the incident, claimed he lost control of the semi-truck after the brakes failed on I-70 near Denver. The semi-truck then slammed into dozens of stopped vehicles on the interstate, causing an explosion, according to court records.

Domingo Garcia, the national president of LULAC, said the civil rights organization sent a letter to the governor of Colorado, Jared Polis, on behalf of Aguilera-Mederos, asking for a pardon or reduced sentencing.

"It was an egregious miscarriage of justice," Garcia said.

"He got 110 years in prison on his first offense when it was clearly an accident," Garcia said. "It could happen to anybody. Your brakes go out. It was not intentional. It's not something that he was trying to do."

David Kwok, an associate professor of law at the University of Houston Law Center, said the judge in this case claimed he was bound by Colorado law that requires a mandatory minimum sentence for violent offenses.

"At face value, it is difficult to say that this person or this defendant is going to be an ongoing danger to a human life for 100+ years," Kwok said. "Now, that being said, some people who believe in deterrence and suggest that these large penalties are necessary to deter other people who are thinking should I drive in a dangerous fashion or not. It made headline news, to their credit, right? It is in the news, so you are now aware of the fact that this is possible and that this might deter other people who might be reckless on how they drive."