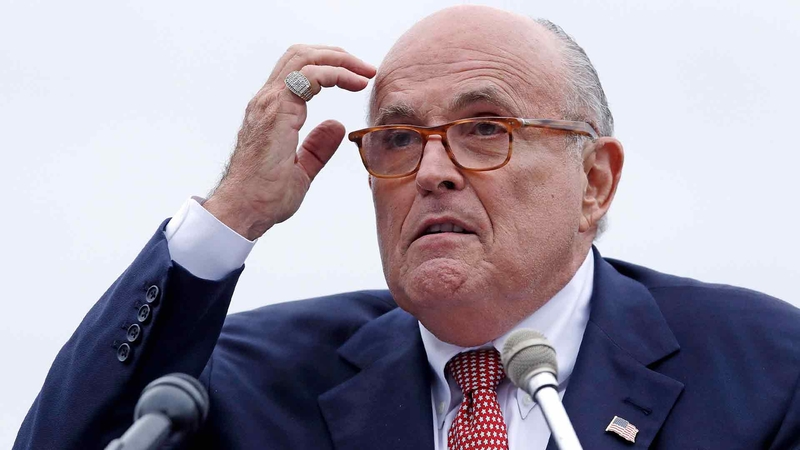 The Justice Department's inquiry, the source said, is separate from the criminal investigation into Giuliani's activities in Ukraine.

Giuliani's actions first raised questions in 2017 when he was hired to represent Turkey-based, Iranian-born businessman Reza Zarrab in a money laundering and sanctions evasion case in the Southern District of New York.

Giuliani's efforts went beyond the courtroom as he personally urged the Trump administration to drop the case.

At the time he also urged the administration to deport exiled cleric Fethullah Gulen, who Turkish President Erdogan accused of inciting a coup.

An attorney for Giuliani could not be reached for comment. but the former mayor has previously denied wrongdoing.

It wasn't immediately clear when this inquiry, first reported by Bloomberg, began or whether it could expose Giuliani to additional penalties.

A committee with The Supreme Court of the State of New York, Appellate Division, First Judicial Department said that Giuliani "communicated demonstrably false and misleading statements to courts, lawmakers and the public at large in his capacity as lawyer for former President Donald J. Trump and the Trump campaign in connection with Trump's failed effort at reelection in 2020."