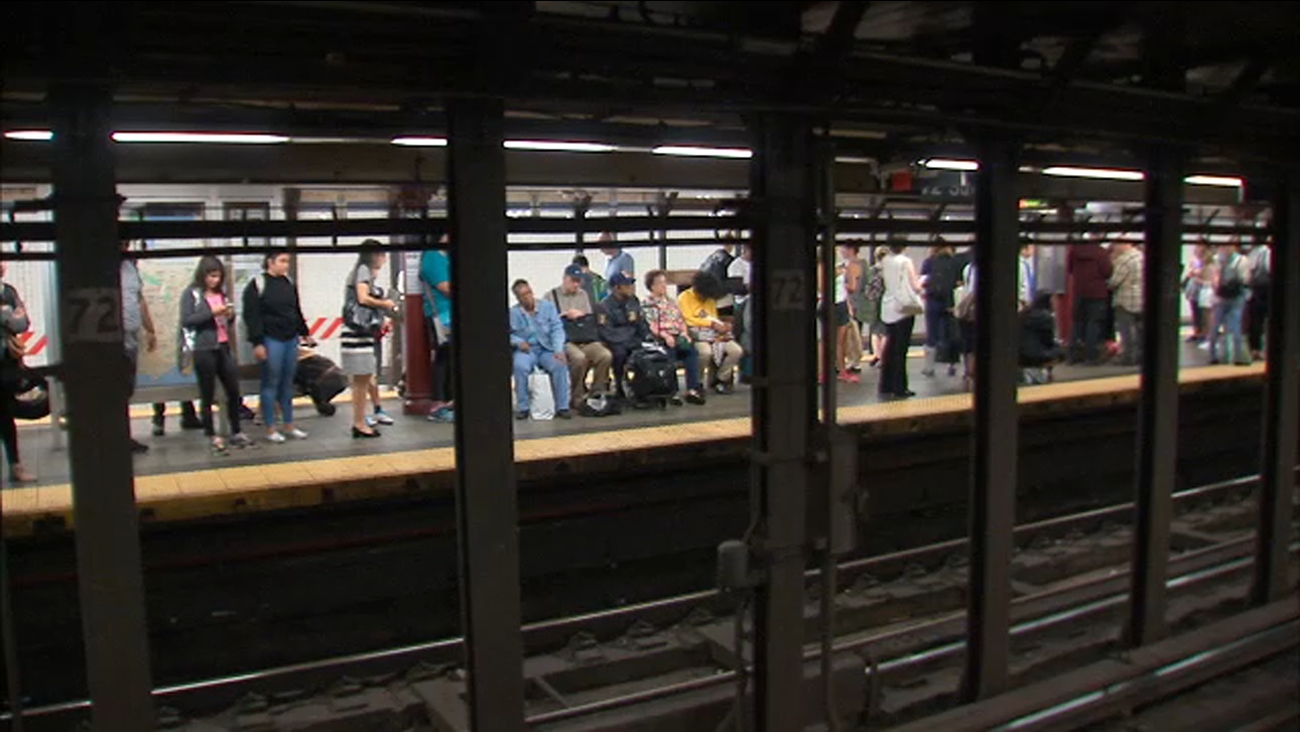 NEW YORK (WABC) -- Officials Thursday evening dismissed rumors that the response to the coronavirus outbreak will lead to a subway shutdown or a citywide quarantine.

The rumors have included talk that Metro-North, the Long Island Rail Road and the subways would be closed, and that vehicles would be banned from entering the city.

"There is NO TRUTH to rumors about Manhattan being quarantined," Mayor Bill de Blasio tweeted. "Whoever is spreading this misinformation, PLEASE STOP NOW!"
MTA spokesman Tim Minton reiterated to ABC News that none of the lines are being shut down - as of now, and no shutdowns have occurred. Minton stressed the situation is dynamic and if a need develops to shut something down, that could happen.

A 2005 mass transit strike planning memo has been recirculated in recent days with a March 9, 2020 date, as NYPD planners discuss a host of possible scenarios to deal with coronavirus.

The memo spread around the city, fueling rumors and questions. The NYPD told ABC News the memo is simply a planning document and not going into effect.

THERE IS A LOT OF MISINFORMATION ON SOCIAL MEDIA:

ONE TWEET IN PARTICULAR IS FALSE. CONTRARY TO WHAT IT SAYS THERE ARE NO PLANS BY THE NYPD TO SHUT DOWN ROADWAYS OR SUBWAYS.

Mayor de Blasio said that, as of now, neither mass transit nor the public schools are shutting down.

He did, however, declare a state of emergency for New York City. There are 95 confirmed cases, an increase of 42 from Wednesday.

"We are seeing intense increases in the number of cases," de Blasio said. "Expect major updates day to day."

As Gov. Andrew Cuomo said in a news conference that experts are examining all scenarios and medical reporting on a 24/7 basis and adjusting as needed.

The MTA released the following statement about declines in ridership:

"Not surprisingly, we are seeing daily declines in ridership and we expect those declines to continue as mass gatherings are barred and major companies and universities move to telecommuting. This has led to a decline in revenue and we continue to monitor the situation closely and will be reporting on it at Board. We continue to run regular service."