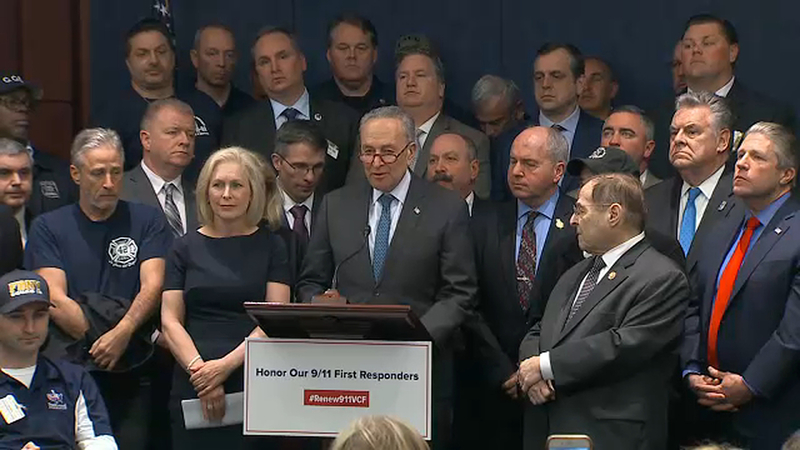 Comedian Jon Stewart, senators Charles Schumer and Kirsten Gillibrand and other New York politicians held a joint press conference in Washington, where they called for a new bill to extend the VCF permanently.

This comes after it was announced earlier this month that the fund will be cutting future payouts in half, some as much as 70 percent, because it's running out of money.

Republicans and Democrats alike in New York are pushing for a new bill that would fully compensate any future victims who come down with 9/11 illnesses.

Thousands of first responders who worked at Ground Zero and people who lived nearby have become ill in the nearly two decades since the attacks.

The fund is scheduled to stop taking claims in December 2020.

They urged Congress to act quickly to restore the fund and ensure it has enough money to pay benefits for the next 70 years - or as long as victims need it.

Gillibrand said anything less than full and permanent funding is "shameful," adding the death toll from the 2001 terrorist attacks "is still growing."