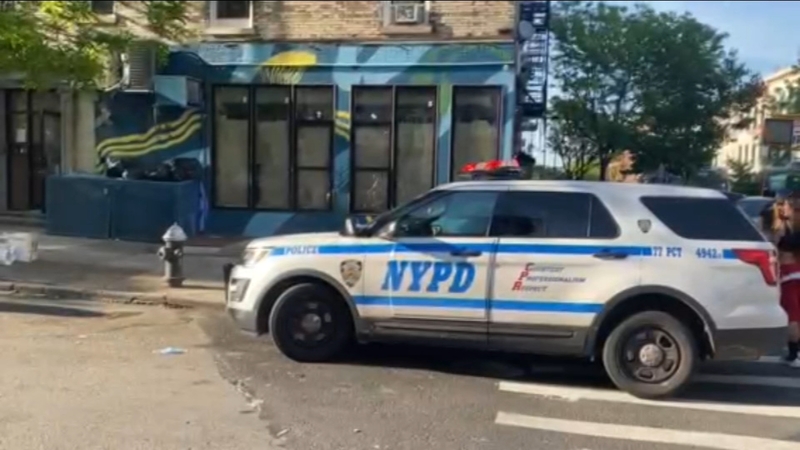 CROWN HEIGHTS, Brooklyn (WABC) -- An autopsy determined that a 9-year-old girl in Brooklyn died from blunt force trauma, the cause of death ruled a homicide, and charges are now pending against her mother.

Police found Shalom Guifarro's body inside her bedroom in a building on Lincoln Place in Crown Heights around 1 p.m. Sunday.

Detectives reported she had trauma to her body.

After speaking to Guifarro's 13-year-old sister, detectives began looking into whether the injuries were the result of discipline by her mother, 48-year-old Shamaine Cato.

Detectives believe the mother called 911 after she disciplined the girl and put her in timeout, and the girl lost consciousness.

Authorities say she had cuts and bruises to her head and trauma to her back, which could be bites. She also had bruised knuckles.

Detectives have recovered several instruments from the apartment that could have been used for discipline.

Cato is a city employee and has retained a lawyer. The exact charges she will be facing have not yet been revealed.

The mother has some prior domestic complaints in her history, but none involving her daughter.

Police took two dogs from the home, a pit bull and a smaller dog, but they do not believe they are responsible for the possible bite marks.

Instead, they may have also been disciplined by the mother.

Bart Hubbach owns the Memphis Seoul on the ground floor, and he says on Sunday afternoon, his employees noticed a foul odor in the eatery and called the building super.

"The super came, and 15 minutes later, all the police and fire department came," Hubbach said.

Hubbach, who saw the trio nearly on a daily basis for two years, said there was something was odd about the mother.

"She would come out in fuzzy slippers and her hair done up like it was the 1960s or something," he said, "She was constantly screaming at those kids, all the time."

"We felt bad," he said. "Think a lot of people in the neighborhood felt bad for them."

Investigators believe that Payton Gendron posted an 180-page document on the internet before the mass shooting at supermarket in Buffalo, New York. ABC's Aaron Katersky has the latest on the suspect.