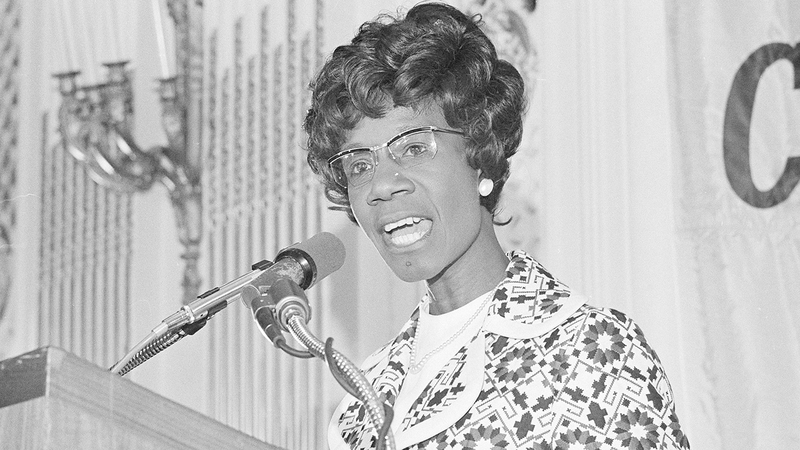 PROSPECT PARK, Brooklyn (WABC) -- A special honor is now planned in Brooklyn for the first black woman to serve in the House of Representatives.

A statue of Congresswoman Shirley Chisholm will be placed in Prospect Park in 2020.

Chisholm -- a politician, educator and author -- was an inspiration to generations of women.

In 1968, Chisholm became the first black woman elected to the U.S. Congress and represented New York's 12th district for seven terms. She was also the first black major-party candidate to run for president of the United States in the 1972 U.S. presidential election, and she was the first woman to ever run for the Democratic Party's presidential nomination.

The statue will be the first built by "She Built NYC," a city effort to expand representation of women in public art and monuments.

"Congresswoman Shirley Chisholm's legacy of leadership and activism has paved the way for thousands of women to seek public office," First Lady Chirlane McCray said. "She is exactly the kind of New York woman whose contributions should be honored with representation in our public spaces, and that is now being realized with She Built NYC."

An artist, likely a female artist, will be selected by next March to sculpt the statue.

During her time in Congress, Chisholm served on several House committees, including Agriculture, Education and Labor, Veterans' Affairs, and Rules.

Her notable achievements in Congress include working to expand access to food stamps; helping to create the Special Supplemental Nutrition Program for Women, Infants, and Children; helping to pass Title IX, which prohibits gender discrimination in the funding of education and related programs; and extending minimum wage requirements to domestic workers.

Shirley Chisholm was born Shirley Anita St. Hill on November 30, 1924 in Brooklyn. She was the oldest of four daughters of Charles St. Hill, a factory laborer from Guyana, and Ruby Seale St. Hill, a seamstress from Barbados.