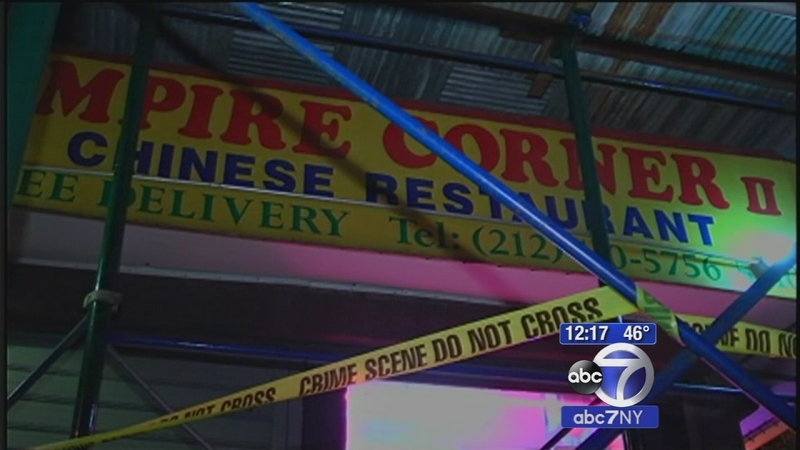 EAST HARLEM (WABC) -- Police are investigating after a man was shot inside of a Chinese Restaurant in East Harlem.

The shooting occurred around 5:30 at Empire Corner II restaurant on 1415 5th Avenue near 116th Street.

A man in the restaurant said he heard 5 shots, and a customer said he saw 2 men running westbound on 116th Street. Shell casings were found both inside and outside the restaurant.

Neighbors who did not want to be identified say they heard about a half dozen gunshots, and then saw the suspect chasing the victim. The gunfire sent people running in all directions.

"I saw sparks, so I proceeded to run and duck, and the shots persisted. About six shots - it was scary, because I had my kids," said one neighbor.

For hours, several blocks surrounding the scene was shut down to traffic as dozens of officers canvassed the area for clues. At least three shell casings were found on the street as investigators combed the inside of the restaurant for evidence.

"Nothing new. It's the same thing all the time," said George Fergus.

The 27-year-old victim went to Harlem Hospital on his own, and is expected to be okay.

The suspect fled the scene - one witness says he just casually walked away.