20-year-old shot in face, killed after meeting with alleged motorcycle sellers in the Bronx 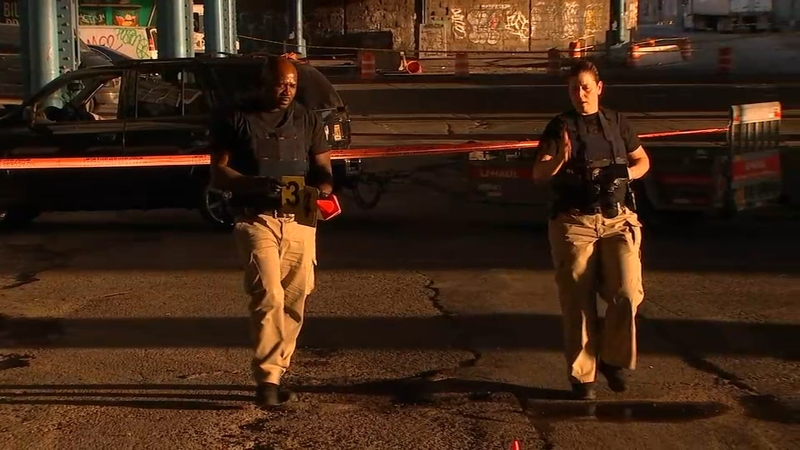 THE BRONX (WABC) -- As the sun set Wednesday beyond a no-man land of broken pavement under the Deegan Expressway, police surveyed the remains of what detectives believe was an execution-style murder.

Three friends from Rockland County arranged to buy two motorcycles via social media and drove to the desolate spot to meet the sellers.

But what unfolded was no simple sales agreement.

When the sellers arrived one of them pulled out a gun and shot one of the buyers multiple times in the face, according to police. He was just 20 years old.

This horrific incident comes mere days into a shockingly violent week in the Bronx.

The father of 11-year-old Kyhara Tay wept at a vigil for his firstborn daughter Wednesday.
EMBED More News Videos

A community is rallying and demanding justice after an innocent 11-year-old girl, Kyhara Tay, was gunned down in the Bronx

"I'm gonna be living in pain the rest of my life," he said through tears.

Tay had just gotten out of school when a man on the back of a dirt bike fired wildly at another man running in the other direction.

He missed his target. But his bullet found Tay. She died in the hospital hours later.

"These families are broken," Bronx Borough President Vanessa Gibson said. "They will never be the same again and no words can ever change that. But I have to still believe that we can get through this because we can't give up."

Gibson blames the plethora of guns being brought into the Bronx -- and across the city - which is fueling an unimaginable rise in violence and death.

The two friends who witnessed the 21-year-olds death are uninjured and talking to detectives about what could be an ambush homicide.

There's been no surveillance video of the crime recovered and so far few leads.