WABC
It's been four years since the world celebrated the birth of one of the cutest heirs to the British throne, Prince George.

George Alexander Louis, the first child of the Duke and Duchess, was born on July 22, 2013. As the third person in line to the throne, he may be king one day, but for now he's like any toddler, his family says.

He loves playing with plastic tractors, his uncle, Prince Harry, and his father says they're waiting to tell him that he is an heir to the throne until the time is right.

"There will be a time and a place to bring George up and understand how he fits in the world, but right now it's just a case of keeping a secure, stable environment around him and showing him as much love as I can as a father," Prince William said.

The Duke and Duchess are delighted to share a new official portrait of Prince George to mark HRH's 4th birthday tomorrow 🎈 pic.twitter.com/Fct5iaoEer

See photos through the years of Prince George, his little sister Princess Charlotte and the rest of the royal family in the gallery below.

ROYAL FAMILY PHOTOS: William and Kate through the years 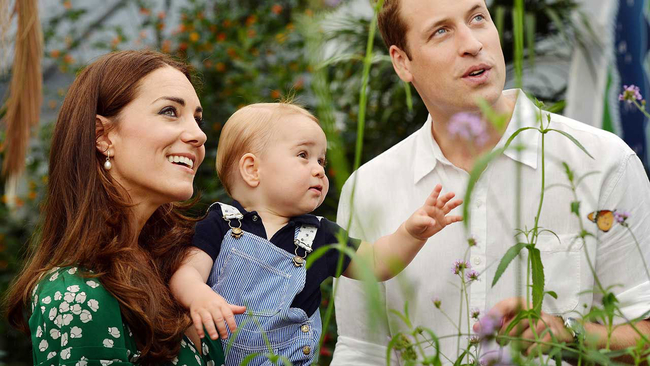