Carol Neulander, 52, was found beaten to death in her home in 1994. Her husband, Rabbi Fred Neulander, is serving a life sentence.
WPVI
By Trish Hartman 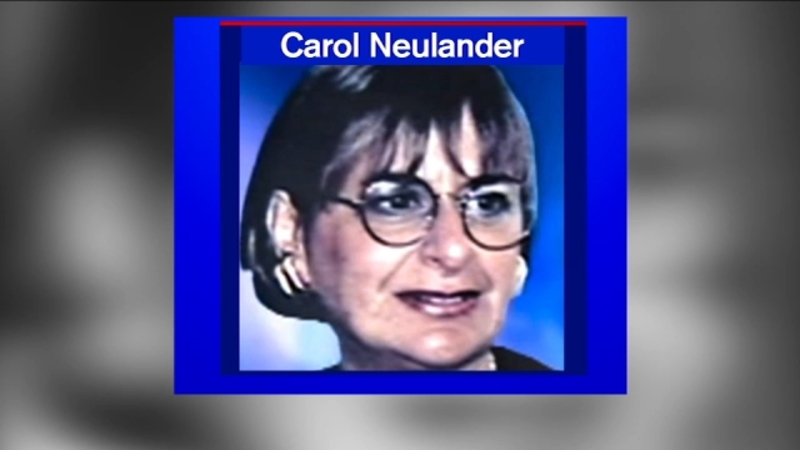 CHERRY HILL, New Jersey -- A "true crime" musical based on a local murder case is raising some eyebrows in New Jersey.

The 1994 murder of Carol Neulander in Cherry Hill is a case that is still widely remembered.

"It's a sad case because if somebody doesn't want someone, they should get divorced and get over it, not to hire a hitman to kill the poor lady," said Sam Kay of Cherry Hill, remembering the Neulander case.

Her husband, Rabbi Fred Neulander, is now serving a life sentence, convicted of hiring two hitmen to kill her.

Now, a new musical is set to debut in Los Angeles in June, based on the events of the Neulander case. It's called "A Wicked Soul in Cherry Hill."

"I think it's not a good idea at all. I think it's making a mockery out of it," Kay said.

"They want to make money off of it, I guess. And that's a stupid way to make money," said Michael Gerson, of Cherry Hill, who also remembers the case well.
The murder case drew much attention to Congregation M'kor Shalom in Cherry Hill, where Fred Neulander was Rabbi.

The Congregation's president, Drew Molotsky said in a statement: "This musical is about our history. It involves our friends and our community, and it is very serious to us. To make light of it or to exploit it for entertainment value is not something we will ever condone."

Geffen Playhouse in Los Angeles originally described the show as being written with "humor and chutzpah" on its website, but the play's description has since been changed.

The theater issued a statement which said:

"This play neither sensationalizes nor laughs at the tragic murder that took place in Cherry Hill. On the contrary, it is a piece that examines how a community moves forward when something horrific and heartbreaking shakes their faith. We recognize that our description of the play failed to convey this and it has been amended accordingly. Matt Schatz, who was raised in South Jersey, has chosen to tell this story through song and we believe that the play leads with heart. It paints a thoughtful, poignant portrait of a community that has suffered an incalculable loss."

The playwright, Matt Schatz, who is from South Jersey, declined to comment to Action News, referring them back to Geffen Playhouse.