Spectrum Designs: One Company's Mission to Lift Up Individuals with Autism 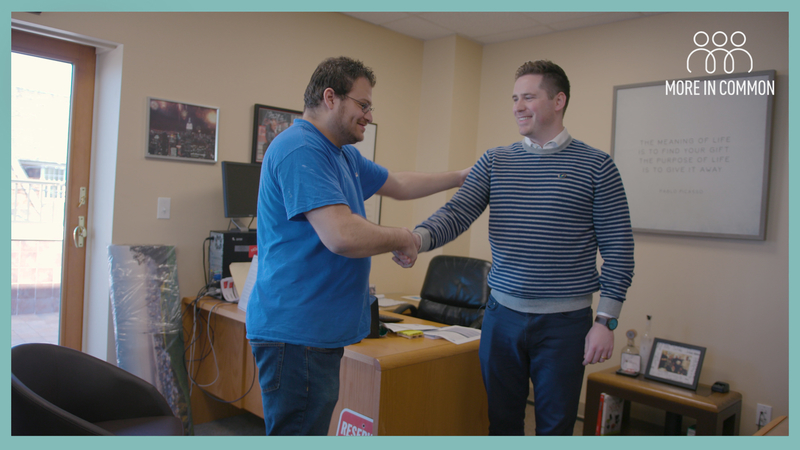 Port Washington, NY. -- After working in the restaurant industry for many years, Josh Mirsky, who has autism, needed a change.

"I was working in a kitchen. My self-esteem was decimated there because all day, you're being yelled at." His experience, unfortunately, is not a rare one. Many adults on the autism spectrum face discrimination in the workplace. But Spectrum Designs is different.

The company, founded by Patrick Bardsley, empowers adults with autism to support themselves and do something they love. "The first goal was to build him up and to say, hey, look. You know, you're worthy," said Bardsley about Josh, who quickly took to his job at the company. Today, Josh shows up an hour early sometimes just because he loves his job so much.

"The organization he's made allows people who society really wouldn't expect to have an opportunity not just move up work-wise but also like mentally, socially, all that," says Josh, "We produce a product which is not only as good but sometimes better because employees like myself and my co-workers have the ability to zero in on little micro things which other people wouldn't be able to."

Josh has recently started a podcast for people with Autism called Sounds Like Autism, featuring guests from Hollywood, Pixar animators, and more. Last year when Josh's alma mater Nassau Community College considered defunding its ASPIRES program designed for students with Autism, he offered his voice in support of continued funding for the program.

Watch to learn more about Spectrum Designs and how they are leading the way for more companies to employ individuals with differing abilities.

See how one big sister is turning to technology to help others.

"When kids watch the show, they put themselves in Illiana's place. Hopefully, they see what she's doing and say, man, I could do that, too."