Evan Murray, 17, died after being hurt during a game Friday. He was a star QB for Warren Hills Regional High School.

On Monday, the parking space that Murray usually used was filled with balloons and flowers. His name and uniform number - 18 - were written in chalk on the space.

Grief counselors have been at the school since Saturday and will remain there as needed. The district canceled its junior varsity football game that was scheduled for Monday.

New Jersey Gov. Chris Christie and the New York Jets are among dozens of people and groups from around the country who have posted condolences on social media regarding Murray's death. 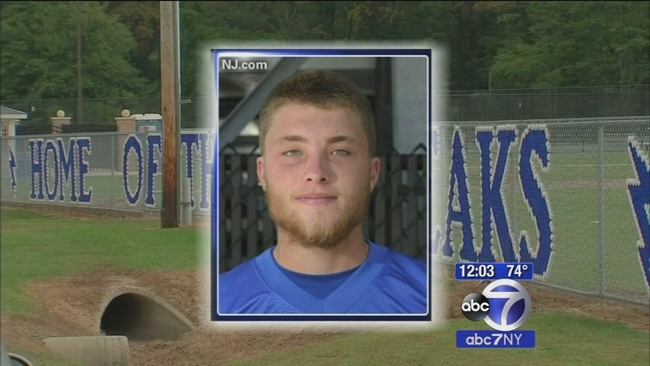